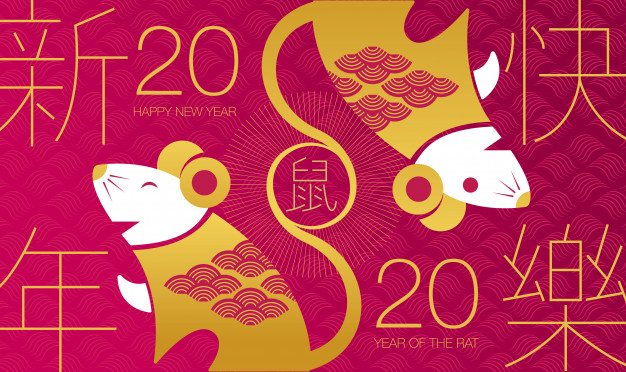 Happy 2020! *gets pelted with tomatoes and dead fizzlers and sticks* Ouch, ow, and yes, I'm back from the brink of obscurity after fading away to spend time with family. Sorry for the lack of updates! Let's just get this show on the road with some basic summaries:

- Total bonus chapters earned will be 17 + 5 (extra) for a total of 21 chapters in a future PGC mass release!

- Owed chapters = a month's worth, more or less

In short we have 21+1=22 immediate bonus chapters waiting for release and 30 more backlog chapters in the wings. I am expected to make headway on that starting this weekend (after sorting out details at work.) Until then, please consult below for the ANSWER KEY to the PGC Christmas Quiz. Readers ended up getting #1, 6, 8, 11, 13, 19, 22, and 23 wrong for the majority votes!

Due to formatting/text transfer issues, please switch to LIGHT MODE (or copy and paste the area below) to see the answers! I cannnot make the text available in DARK MODE without majorly screwing up the letter/numbers. :(

This took back way, waaay in the beginning of the series. HYX once invites GBY to tea in Tianning’s capital city. She wanted them to meet on the 15th of every month, but he politely refused. Afterwards, this scene occurs in Chapter 77:

Unbeknownst to her, Gu Beiyue at that moment was standing right at the entrance of the teahouse, looking back at the second floor with a smile. Then he turned around, his body flickering before he suddenly vanished from sight.

Yes, that was GBY’s first time using his shadow arts in the novel!

LFY is famously known within the Duke of Qin’s estate for his preference of plain, bland foods. Once HYX got to try breakfast with him and realized his usual dishes were super simple flavors! In recent chapters, LFY also outright rejected HYX’s noodles because they looked too terrible. Maybe he’ll like them in the future when her cooking improves...

Chu Qingge had to play the zither song, Emperor Tianhui gifted her the cat, while Long Tianmo had the blood lingzhi mushroom. HYX did bring the medicine fan “just in case,” but ended up never using it (beyond to fan herself)!

Gu Yuntian is the ex-Academy head and Gu Qishao’s “foster father.” Gu Yuandong is Gu Beiyue’s grandfather, while Gu Gengchen is a character that doesn’t exist in the novel.

Besides Su Xiaoyu, Zhao mama, and Baili Mingxiang, how could we forget our earliest and beloved Chen Xiang? Although HYX gave her to the Han Clan later on, she also counts as a domestic servant our protagonist used to “have.”

Tang Yiwan, Chu Qingge, and Mute Granny all choose to die by their own hands: the first by a dagger, the second by impalement on Ning Cheng’s sword, and the third by hanging.

Sun Zhong is the name of Pill King and thus the man with the highest authority in the list. All of Medicine City defers to him!

We found out in this story arc that Helian is actually the surname of a noble clan in Northern Li, which HYX uses to her advantage.

This “certain mercenary city” is none other than the City of Daughters, which is located in a gorge in the middle of a river in East Jing (near Long Tianmo's territory). Unless your carriage and horses can fly, you better bring a boat! Bat repellent is more useful for Carefree City as its young city lord is known for fighting with them.

Tianning’s Duke of Qin, Northern Li’s Duke of Kang, and Western Zhou’s crown prince were the royal trio referred to in the early chapters of the novel.

After Sandy River overflowed its shores, chaos broke out.

Lil Thing is a snow wolf, powerful creatures who gained immortality by eating a specific mix of poisonous plants. Back in their past, members of the Snow Wolf Clan worshipped and respected them like gods.

Near-fatal injuries are one that put his life in danger and include 1) the time he over-exerted his shadow arts to save HYX in the Skypit (made worse afterwards when he tried protecting her from Jun Yixie), 2) the time LFY set up an elaborate ploy to force GBY to show his true colors, later on shooting an arrow into his stomach, 3) the time an angry GQS shot a needle that would have pierced his heart if he didn’t dodge at the last possible moment, causing it to miss by a hair, and 4) the time he was caught by the Chu Clan while attempting to protect HYX and ended up stripped of his martial arts, then used as a bargaining chip by Ning Cheng. If you want to get technical, you can also count the time he, LFY, and HYX were all suffering from mystery illness during their trial in the Medicine Requesting Cave. In short, this poor guy never gets a break.

Nobody knows who he is yet because he ran away too fast!

Long Tianmo brought up Wei Mingshi when he met with Emperor Kangcheng. This guy’s a deputy general in the Chu Clan troops but actually listens to Long Tianmo’s orders. Chu Yunyi is Chu Tianyin's father and has always worked zealously in the interests of the Chu Clan, never as its enemy or aggressor.

Trick question! Read it again. Although Long Feiye's father’s grave is located at the Tang Clan, his actual body dissipated into nothingness as soon as it made contact with a trap contacting poison gas in the Poison Sect's forbidden grounds. So yeah folks, nothing to bury here but sad memories. :(

Bai Yanqing began making breakthroughs to finding out LFY’s identity as the East Qin crown prince after Jun Yixie gave him a sample of Baili Mingxiang’s blood from Fishery Island. At that time she was still nurturing Beauty’s Blood, so her blood was both poisonous. It was also fish-based, allowing Bai Yanqing to draw the connection between her and the Mermaid Clan and everything else that came afterwards.

A random fact exchanged between Mu Qingwu and Han Yunxi while they were investigating HYX’s first major poison case. Mu Qingwu states that well-stored green tea can keep up to one and a half months.