Meanwhile on the drama front, Legend of Yun Xi continues to celebrate those sweet, sweet views with another congratulatory banner! This time, we've broke through 1.7 billion views! <3

"Views Breakthough - Want to try a taste of the Qi Xi* milkshake?"

*Qi Xi - shorthand for the pairing between Gu Qishao and Han Yun Xi.

The weibo's also decided to have some fun by giving readers a pictogram quiz of reference doodles from the drama! I haven't watched far enough to get all the references yet, but what about you guys? >u> Go on, give it a try!

"I successfully drew 10 pictures that even the A.I. couldn't guess. You guys, hurry and try it out yourselves!" Note: The red text reads "Big Red Packet." No, not that red packet, but the logic's the same---free gifts of money or whatever!

P.S. We also have a "big red packet" for the 1.6 billion views landmark, which you can see below. ;) 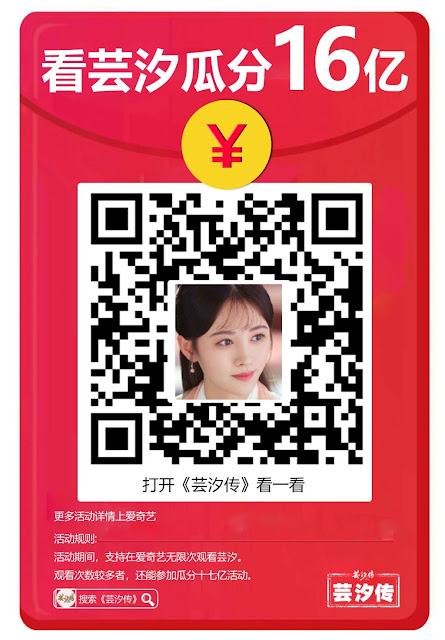