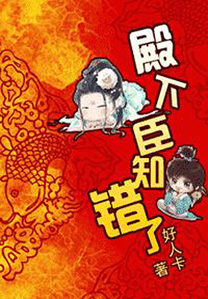 If you like shameless and pervy female MCs, this is for you!

Our female MC, Lin Shan, transmigrated into the body of Song Luo. Song Luo was supposed to be raised as a male until the age of 18 for superstitious reasons. So Lin Shan had to wrap her boobies and pretend to play a guy right now. However, the emperor made an announcement and ordered Lin Shan to marry his daughter, Princess Du Ming Yue! How is Lin Shan going to get away with this?

Snippet: “Luo-er, your life is at stake. For the sake of the Song Family, old and young, please do not take this white cloth off, understand?” Seeing how solemn her mother was, Lin Shan swallowed down the words that she had wanted to say. Between choosing her boobs or her life, she obviously would choose the latter.

”Boobs could be flat. Anger could be held back. But my life must not be thrown away!” Lin Shan mumbled to herself. Then, she told Xiao Lu, who was helping her: “Tighter!”

”No problem!” Xiao Lu yelled and almost strangled Lin Shan to death. After her chest was all covered, Song Luo wore the outfit that was sent from the Palace. Soon, she was ready to go live with her wife’s family.

Modern Lin Shan somehow ended up in Ancient China. When she arrived, she had to be disguised as a man due to some superstitious reasons at the time. Lin Shan was ordered by the Emperor to marry his daughter, Du Ming Yue. How can she get away with this? Read to find out!!

P.S. Lin Shan is very mischievous, perverted, and strong willed. If you enjoy comedy and romance, this is the story for you!!