The sounds of battle continued on until the next afternoon before it slowly faded out. A large number of troops entered the forest next to the official road and began their search. Before long, piles of bodies could be seen.

Lou Zigui tried to rush back to the capital but was slowed down by the war. He only managed to arrive at the capital with a small cavalry of soldiers at dusk. The capital was surrounded by white banners.

Elder Li and the others at the city walls were all in mourning attire. Seeing white everywhere, Lou Zigui immediately panicked. Whose death would cause the whole capital to mourn? Lou Zigui was afraid of the answer.

On his horse, Lou Zigui was greeted coldly by Elder Li, “It must have been a tough journey, Supreme Commander.”

Lou Zigui remained dazed on his horse until Song Jin called out to him. Flipping to dismount his horse, Lou Zigui’s body trembled and he nearly fell off. Fang Tang saw the imperial ministers watching them and meekly asked, “Who are you all m.. mourning for?”

The sound of hooves travelled over and Pei Yan halted his horse beside Lou Zigui, “His Majesty has passed.”

Lou Zigui snapped his head to look at Elder Li. Elder Li nodded once. The piercing cold breeze blew past the city walls and caused all the white banners to make a rustling sound. This was exactly the replica of the scene inside the funeral hall of the Lou estate years ago. Lou Zigui felt as if he had fallen into the Yellow Springs (aka hell). He had no idea where his body was.

Fang Tang was rooted on the spot. He wanted to speak up but his face felt like it was on fire and he really wished he could hide in a hole. Pei Yan got off his horse. Second Young Master Pei wasn’t dressed in mourning attire and only wore battle armour. Staring at Lou Zigui, he asked, “Supreme Commander, how many days does it take to get from Anyuan to the capital?” Lou Zigui couldn’t bring himself to say anything.

“The Duke of Yue’s Destruction Prisoner Army arrived on the same day as you guys,” Pei Yan sneered, “I didn’t realise Anyuan and Fengzhou were the same distance from the capital.”

“W-we,” Fang Tang tried to explain with difficulty, “We were delayed by some enemy troops while we were on our way.” Pei Yan raised his eyebrow and the tip of his brows contained a hint of mockery. Fang Tang’s face burned even hotter. “His Majesty...” Lou Zigui stuttered, “How did His Majesty die?”

“He waited too long for the auxiliary troops to arrive,” Pei Yan replied, “To protect the common people, His Majesty risked his life and died on the battlefield. Even the jade seal was taken away by the rebel forces.”

Someone started sobbing quietly and quickly spread through the crowd, causing a commotion. “Enter the capital,” Pei Yan’s voice remained icy, “Whatever has happened, has already happened and talking about it won’t change anything.”

Glancing at Lou Zigui who was still dazed on his horse, Elder Li told Pei Yan, “That’s enough. You can go to the south gate to look for the Duke of Yue.”

Elder Li nodded, “We will follow behind. You can go first.” Pei Yan didn’t look back at Lou Zigui and mounted his horse. Then, he headed towards the south gate.

“Supreme Commander,” Elder Li murmured, “This old man wants to ask, where is Modou now?” Lou Zigui let out a breath, “Modou escaped into the forest beside the official road. My soldiers are still after him.”

Elder Li turned around. “Let’s go. We’ll talk more in the capital.” Lou Zigui looked up to the streets in front of him and could only see the white banners. Elder Li got on the sedan and an official outside the sedan quietly whispered to him, “Elder, Supreme Commander is still standing there.”

“Go to the south wall,” Elder Li commanded. What’s the point of showing regret now?! His Majesty is already dead!!!

The officials outside the capital walls all left in a hurry but Lou Zigui and his troops continued to stand outside the barren city gate. The scene was lonely and gloomy but no one cared.

“Are we still entering the capital?” Fang Tang asked Supreme Commander. Lou Zigui stood around blankly for a while. Suddenly, he mounted his horse and rode towards the palace. How could he believe that Miss Ning is dead without going to the imperial palace and confirming with his own eyes?!

“Hurry!” Fang Tang hastily mounted his horse and called out to the troops to keep up. Now that the imperial palace had lost its monarch, it also seemed to have lost the dragon air. On this day, the colour of the sunset was dull, as if it was depleted of life.

An hour after the sounds of fighting ceased, Empress Dowager finally got up from the seat. Walking towards the dressing table, she wanted to comb and prepare her hair. It wasn’t until she stood in front of the copper mirror that she realised her hair was already gone.

“Where can I go?” Empress Dowager Xie asked her reflection. Her clan was gone. The man who loved and spoilt her was dead. The daughter who hated her but provided for her was also dead. Her son was forcefully taken from her and she had no idea where he was, or if he was even still alive. She had been fighting for her whole life but in the end, Empress Dowager Xie looked around and realised that the palace was massive but also incredibly empty.

Empress Dowager Xie could imagine all her female victims coming together and making fun of her. She had been cursed by countless of people to suffer a fate worse than death. Who would have thought that she would really be living a life worse than death?

After half an hour later, Mute Nanny opened the doors and saw the Empress Dowager had hung herself with her own bed sheets. Gold taels were scattered underneath her feet.

Grandpa Ash ran across the beam. When she was living proudly, Empress Dowager Xie would never have imagined that she would end up like this. Who could be blamed for that?

Meanwhile, Lou Zigui pushed the doors into Ning Xiaoyao’s bedchambers. The room was still the same as before, only the wardrobe was open and there were a few sets of clothes. Lou Zigui held the table and slowly sat down before waving for Fang Tang and the others to get out. “Supreme Commander,” Fang Tang stuttered, “W-we were just late for a few days ah!”

“Get out,” Lou Zigui snapped. Fang Tang and the others retreated and even closed the doors for Lou Zigui.

After being empty for a few days, the scent of the room was completely different. Lou Zigui sat in the room for half a day and still couldn’t find any traces of Ning Xiaoyao in the room.

Meanwhile, at the south gate, the Duke of Yue exclaimed lifelessly, “What?! His Majesty has passed?!” Pei Yan nodded.

“T-that’s impossible!” Ning Xiaoluo yelled out, “His Majesty’s martial prowess is so high, how could the rebels and the Northern Hu be his match?! I don’t believe it!”

The Duke of Yue stood in a daze for a while before exploding in rage. Grabbing on to Pei Yan’s robes, he hollered, “How did His Majesty die? You have to give this old man an explanation!”

“Father,” First Young Master Ning rushed to pull his father’s hands away. The Duke of Yue loosened his grip and stared at Pei Yan with bloodshot eyes, “Speak, what happened?”

“His Majesty waited too long for the auxiliary troops to arrive. His Majesty risked his life for the people and left the capital to distract the Northern Hu and the rebel forces,” Pei Yan explained, “No one thought His Majesty would be defeated.”

The Duke of Yue became even more confused, “But.. hasn’t Lou Zigui arrive?” First Young Master Ning replied dully, “He has.. But he took too long.”

“Can you say it in a way that this old man understands?!” The Duke of Yue couldn’t hold it in and shouted at his eldest son. “If he waited for the capital to fall and His Majesty to die, Lou Zigui would have been able to seize the throne,” First Young Master Ning quietly muttered. The Duke of Yue fell into a daze again. Even Ning Xiaoluo forgot to cry.

“The country currently has no emperor,” Second Young Master Pei commented, “First Young Master, do you have any plans?”

First Young Master Ning looked towards his father and little brother. “What are you looking at this old man for?!” the Duke of Yue roared at his son again. The Duke of Yue really wanted to burst into tears, kill someone and destroy the capital. It would be best if he could use his life to trade for his daughter’s life. Fifteen years ah. He only managed to sway his daughter twice before she was taken from him. And now, after travelling for over five hundred kilometers, his daughter was dead. Were the heavens playing with him?!

“There’s no body,” Pei Yan lowered his voice, “His Majesty’s body was trampled on by horses and reduced to minced meat. Shadowgale and the others also accompanied His Majesty.”

“Father!” Ning Xiaoluo exclaimed. After hearing that his daughter’s body was reduced to mince meat, the Duke of Yue couldn’t hold it in any longer and fainted due to heartache.

After half a day, the Duke of Yue slowly regained consciousness and immediately started crying painfully and cursed, “This old man wants to kill Xie Wenyuan. This old man will eventually will peel that old dog’s skin!”

First Young Master Ning wiped away his father’s tears and lowered his voice, “Father, there’s no point being upset anymore.” The person is already dead, what’s the point of being upset?

“Where is the dog, Xie Wenyuan?” the Duke of Yue furiously asked Pei Yan. “He is now relying on help from the Northern Hu,” Pei Yan hurriedly replied. “F*ck,” the Duke of Yue jumped up from the ground before commanding, “Mount your horses, follow this old man to the north gate.”

“Father, you want to kill your way there?” First Young Master Ning looked at his subordinates. The Destruction Prisoner Army was about to mount their horses but immediately stopped in their tracks. The Duke of Yue was currently delirious with fury and fiercely shouted, “Yes!”

Ning Xiaoluo replied, “Big bro, why are you looking for Lou Zigui?”

“He’s a person with bad character!” the Duke of Yue heard Lou Zigui’s name and immediately explode with rage, “What could you possibly have to say to that useless garbage?!”

This chapter is still sad. Next chapter is also sad. But 366 will be better! Hang in there!

Chai assisted me with this chapter. War chapters are so boring. Sigh.

Here's the last upx fan fic by Elizabeth! She made Lou Zigui crawl lol. UPX fan fic #4 (lol so many of you guys like to see him suffer XD)

Also, have you see the new cover/graphic the marketing team has made for me? It's soooo CUTE. 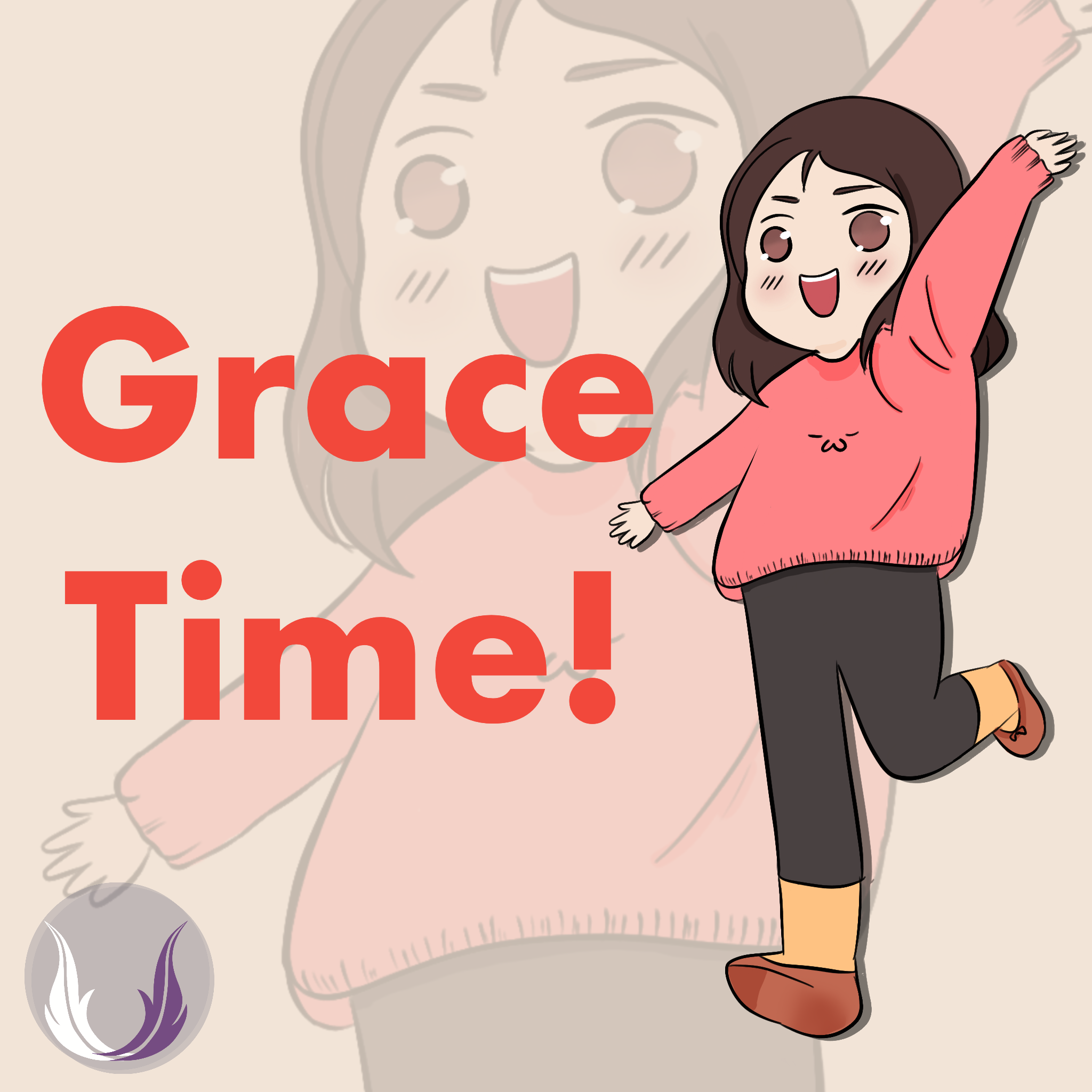 I wrote a post on how to read Chinese! It's never too late to learn. :P Read it here

A few of you guys have reached out to me and told me your brain cells fried after you tried MTLing UPX. :P Be patient, my friends!