What would you do if an elder you greeted ignored you?

Shen Jingbin’s answer to that was: not to care about it. Greeting elders was a result of my upbringing, while ignoring me reflects on your qualities. It’s not strange for such a difference to exist.

Mama Zhao’s expression immediately fell the moment she saw the Shen siblings. “Why are the two of them here?” She asked sarcastically.

Mama Zhao gave an insincere smile. “Heh, coincidence indeed. Aren’t the two of them from A City? What kind of coincidence results in them appearing all the way here in B City?”

Mama Zhao’s attitude caused the two siblings to feel very uncomfortable. Old Master Zhao was very displeased with Mama Zhao’s conduct. He’d always looked down a little on this Daughter-in-law of his. Not only was she short-sighted, she was also harsh and petty. If it wasn't the fact that she’d greatly helped Papa Zhao in the past, he’d never have agreed to her marrying into the family.

Old Master Zhao wasn’t being old-fashioned, neither was he being prejudiced, but it made sense to pick a spouse that matched one’s own social status. Their social status, level of education, and even values greatly differed, and this wasn’t something that could simply be waved away with the word ‘love’. Furthermore, there wasn’t even any earth-shattering nor heart-wrenching ‘love’ between the two of them.

Mama Zhao hailed from a moderately affluent family, and had once saved Papa Zhao from a political rival who’d framed him when they were younger. To top it off, she’d even gave him two sons, leading to her current status. However, long years of living life in the lap of luxury with an accommodating husband and obedient sons had led to an unconscious erosion of her values, slowly giving rise to all these hidden flaws in her personality.

“Are you eating or not? Go home if you’re not,” Old Master Zhao said impatiently as he shot an icy glare at Mama Zhao.

In the Zhao family, Mama Zhao was unafraid of all save for her Father-in-law. After being glared at by Old Master Zhao, she'd swallow her displeasure no matter how unhappy she was. And so, she lightly snorted at Shen Jingbin who’d sat back down, before proceeding to ignore her.

She might’ve done it to intentionally spite Shen Jinbin, but Mama Zhao, who was still holding Jian Cishu’s hand as she stood behind her, affectionately pulled Jian Cishu over to where Zhao Chengning was and seated her beside him.

“Come come, Cishu, come sit beside Ah Ning… Ah Ning, I’ll hand Cishu to you, so look after her well.”

When Zhao Chengning didn't reply, Mama Jian jumped in and said, “Goodness, how could Cishu bother Ah Ning? What's with this talk of taking care of her? If anything, I think it’ll be better if Ah Ning looks after Miss… Miss Shen. After all, they’re guests from far away, and we shouldn’t neglect our guests.”

Mama Jian’s words were phrased in a most eloquent manner, delighting Mama Zhao in the process. She finally spared the Shen siblings a glance and said, “Since Miss Shen and your brother have come far aware, I’ll let Ah Ning and Cishu play the part of host.”

If it wasn’t for Old Master Zhao, the Shen siblings would’ve left long ago. All they wanted was to have their dinner, so they really didn't have the mood nor the energy to play word games with Mama Zhao.

Zhao Chengan knew he wouldn’t be able to have a peaceful dinner the moment he stepped into the room. A dull ache began to form by his temples when he saw that, aside from his own Mother and Mama Jian who were happily chatting away, everyone else in the room had differing degrees of dour expressions on their faces’.

“Mother, stop standing around and have a seat,” He walked to his Mother’s side and pushed her down into her seat by her shoulders. “Aunt Jian, you sit too.” After seating the two elders, he pulled out a chair that was a seat away from Zhao Chengning and said to Jian Cishu, “Cishu, come sit over here.”

Jian Cishu was at a loss. She looked at the seat beside Zhao Chengning before turning to look at him. Seeing this, Mama Zhao said unhappily, “Cishu’s sitting beside Ah Ning; why’d you leave an empty seat there instead?”

“Mother, I’m saving that seat for myself. I haven't been back in a long while, so there's nothing wrong with me wanting to sit beside my little brother, is there?” Zhao Chengan replied.

Mama Zhao’s lips moved slightly, still wanting to continue. Zhao Chengning, not wanting to listen to his Mother any longer, took the opportunity to raise his voice and said, “Let's leave it at that then… Waiter, you can serve the dishes now.”

And thus, the matter of seating arrangements was settled.

After the dishes were served, Zhao Chengning quietly moved the ones Shen Jingbin liked over to her. His actions, however, were seen by Mama Zhao. Feeling all sorts of negative emotions well up in her heart, Mama Zhao, who clearly had no love for spicy food, began squabbling over the placement of dishes. 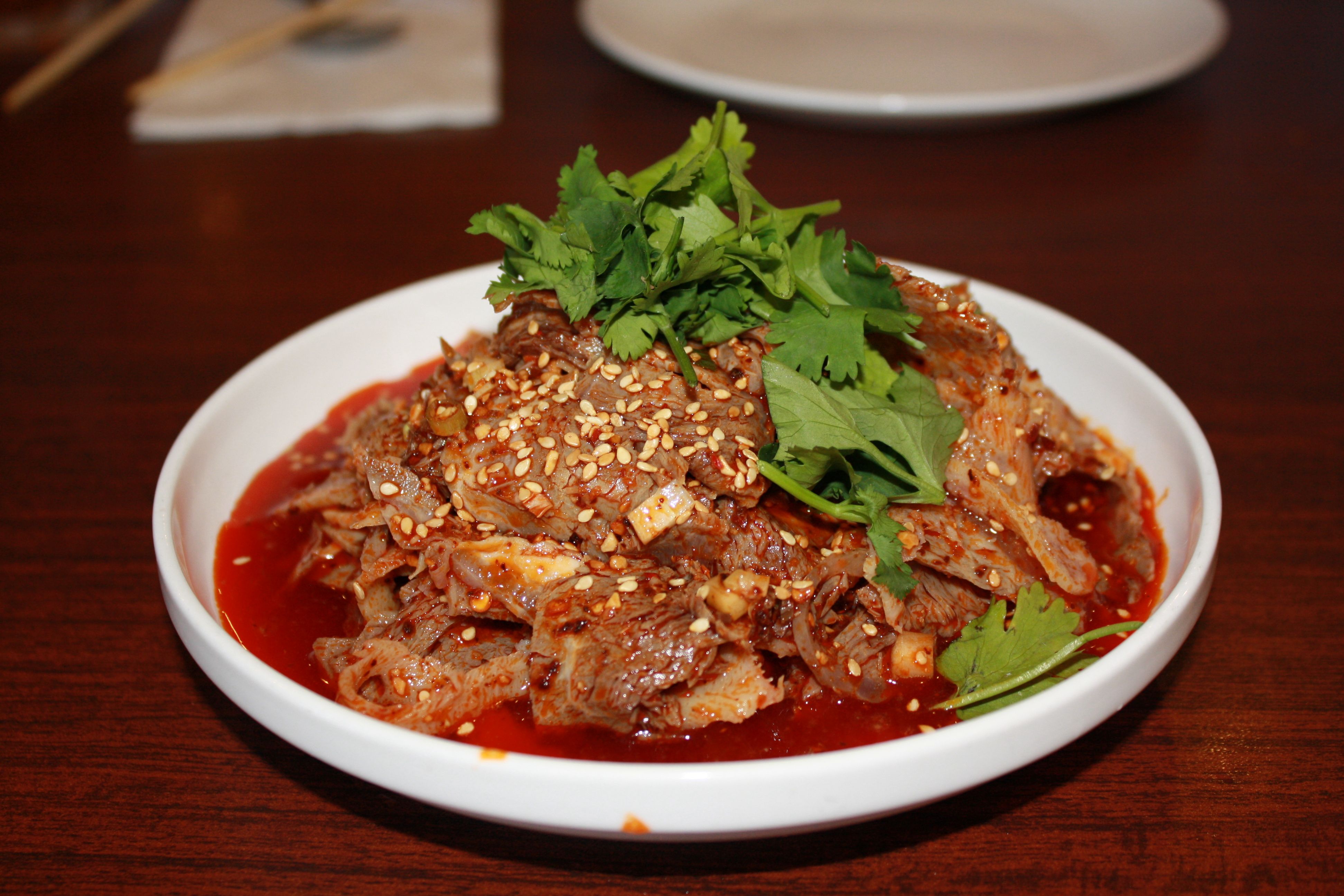 “Cishu, I remember you saying that you liked the spicy chicken[2. Mm, chicken

] head over there; move it closer here.”

Mama Zhao’s constant rambling the entire time the dishes were served was without a doubt extremely rude, and a detestable one regardless of occasion; much less one where everyone was of equal status. Papa Zhao and Old Master Zhao expressions were so dark, they practically dripped blood, while Zhao Chengning’s eyes concealed a hidden rage.

Shen Jingbin looked at the sweet dishes placed before her and immediately felt her stomach spasm. At that moment, she felt her phone gently vibrate.

It was a message from Shen Jingchen.

Shen Jingbin: I feel the same!