Jian Cishu’s hand froze on the car’s door handle. Raising her head, she first looked at Zhao Chengan standing on the other side, then looked back at Shen Jingbin who was riding shotgun and was overcome by a momentary loss of words.

Sitting in the driver’s seat Zhao Chengning was unable to see Jian Cishu’s look of shock, so he turned to Zhao Chengan standing outside and said, “Don’t just stand there gawking, get in and let’s go get something to eat.”

Zhao Chengan nodded and beckoned Jian Cishu over. After he called out to her, Jian Cishu had a pale face as she closed the car door and slowly shifted over to the rear of the car before slipping into the backseat.

As the car started moving, the scenery outside began to slowly shift behind them and the interior of the car fell silent as no one spoke a word. After a moment’s hesitation, Jian Cishu did her best to make her voice sound as innocent as possible and said, “Brother Chengning, where are we going for lunch?”

“What do you guys want to eat? I’ll bring the two of you to lunch. Little Jing and I have already eaten.”

At that, the smile that Jian Cishu had worn on her lips immediately disappeared and the glint in her eyes darkened as she slowly repeated, “You’ve already eaten...”

Zhao Chengan shot a glance at Jian Cishu by his side and noticed that she was feeling down, so he said, “We’re not very familiar with City A, do you have any recommendations?”

Shen Jingbin thought for a bit. People from A City preferred spicy food, so the specialties around here were either very mouth-numbing or spicy. Hence she asked, “Do you guys take spicy food?”

Shen Jingbin straightened her back and turned to look at Jian Cishu. “What about you?”

“Ah?” Upon noticing that Zhao Chengning was looking at her through the rearview mirror, she immediately hid her disappointment and said, “I…I...I don’t really want something spicy.”

Shen Jingbin thought for a moment before she came up with something. “There’s a hotpot place in Fushun Square that’s pretty authentic. Their mandarin duck[1. Refers to hotpot with a divider, containing spicy soup on one side and mild soup in the other. 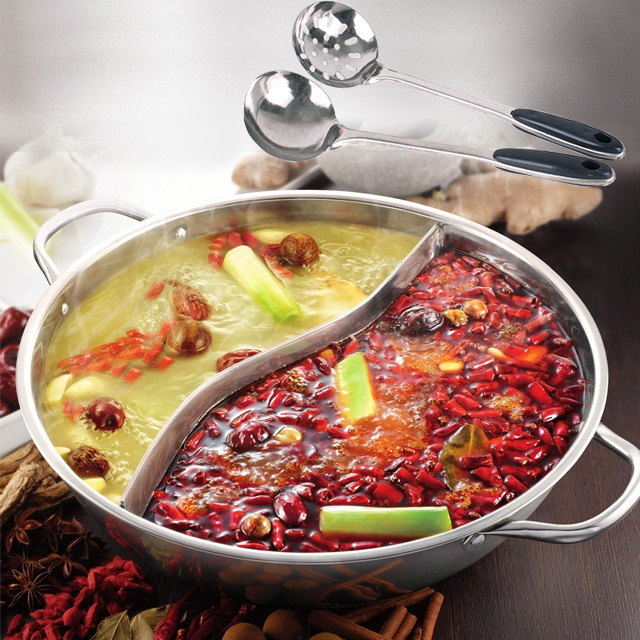 ] soup base is made from boiling ribs. We can try that.”

Zhao Chengning glanced at her and revealed a serene smile. “Don’t pick something too tasty, it’ll be bad if I can’t control myself and overeat.”

“What’s so bad about that?”

Shen Jingbin gave him a once over. Despite being seated and driving, he was still as good looking as ever. “Given your current appearance, it wouldn’t be a bad thing if you got a little fatter.”

Did this count as her teasing him?

Zhao Chengning thought to himself as he glanced at her from the corner of his eyes.

Good, there wasn't wasn’t any change in her expression. It looked like she’d just blurted out whatever was on her mind and he'd been overthinking it.

Watching the two of them casually chatting away with a very pleasant atmosphere about them, Jian Cishu, who was sitting behind them, felt as if her heart was being suffocated.

Was her Brother Chengning… going to belong to someone else?

No! She wouldn’t allow that!

She had to take some measures to prevent that!

Under Shen Jingbin’s directions, Zhao Chengning found the “pretty good” hotpot restaurant she had mentioned. After asking for a small private dining room and ordering some food, the two of them sat to the side and engaged in idle banter with Zhao Chengan and Jian Cishu.

Jian Cishu remained silent the whole time, looking as if she had something on her mind. However, Zhao Chengning didn’t take it to heart. After lunch, he sent the two of them, along with Shen Jingbin, back to their respective residences.

When darkness fell, Zhao Chengning was sorting out the documents that Keyuan had sent him in his room. He’d originally planned to stay in A City for only two days. However, his Mother, who intended to matchmake him and Jian Cishu, adamantly request for him for him to spend a few days bringing her around A City. She even went out of her way to drag Zhao Chengan into the equation.

He had no feelings for Jian Cishu and strictly speaking, he didn't even think of her as a friend. At most, she was just a junior he knew from school.

Even so, his muddle-headed Mother still insisted on tying the red string of fate between them.

‘Knock knock knock.’ The door to his room was suddenly rapped on. Zhao Chengning stopped typing and raised his head. “Who is it?”

Zhao Chengning’s handsome brows slightly scrunched up. He swept a glance at the time in the bottom-right hand corner of his computer; it was nine thirty.

“Do you need me for something?”

“Brother Chengning, I’d like to talk to you about something,” The female voice outside the door sounded a little hesitant.

“It's a little late today, let’s talk tomorrow instead.”

“But…” Jian Cishu’s voice suddenly became nervous. “Brother Chengning, I won't take up too much of your time. Can I have a quick talk with you?”

He’d truly be hurting her if he were to be soft-hearted now. Since he had no feelings for her, all the more reason for him to be decisive about it and not string her along. This was best for everyone.

Zhao Chengning acted as if he hadn’t heard anything and remained silent.

Jian Cishu began to feel flustered when she noticed the sudden lack of activity within the room.

Zhao Chengning acted as though he didn't hear anything. At that moment, his phone suddenly started to ring.

He glanced at the phone’s screen and found that it was Zhao Chengan.