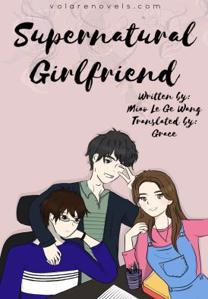 Lin Yixin never had much ambition in life. In fact, she barely had any friends. Ever since surviving a car accident in her childhood, she had the ability to see ghosts. She thought this ability was rather useless until one day she realized she could solve crimes with it! Since she could see things that others couldn't, she had an advantage over everyone else.

The ghosts told her who the killer was, but how is she going to get the person arrested? She needs proof!

Also, who's this author Suyang? Her apartment flooded and now they're living together? He's so annoying but pretty hot...

If you like romance, comedy, suspense, look no further! Do you think you can solve the mysteries? There are 6 arcs in total.

Lin Yixin has had the ability to see ghosts ever since the car accident. However, it felt more like a curse than a blessing until Yixin almost died in the hands of a masked killer one day. The killer got away, but Yixin realized she had an advantage no one else had. Since she was able to see the ghosts that were following him, it meant she could pinpoint his exact location. But how was she going to obtain the evidence to prove his guilt?