Qin Yining had no idea that Qin Huaiyuan and the crown prince had just settled her future with a few words. She was keeping née Sun company and dutifully working on embroidery. The atmosphere was quite harmonious when the madame suddenly sighed.

“What’s the matter, mother? Are you not feeling well?” Qin Yining put her needlework to the side and started massaging her mother’s back with gentle pats.

By this time, née Sun had gotten used to Qin Yining serving by her side. In all fairness, she was rather satisfied with this new daughter of hers, but the fourteen years she’d spent with Qin Huining was still deeper. She could tell that Qin Huining didn’t get along with Qin Yining. Sometimes when Huining came, she’d quickly take her leave after curtseying when she saw Qin Yining, like she was avoiding the fourth miss. When Qin Yining wasn’t here, Qin Huining would look at née Sun with eyes full of blame and grievances. It was difficult for née Sun to endure it. Both of them were her daughters, why couldn’t they get along? Other people could enjoy the happiness of children, so why couldn’t she?

“Daughter Yi, I know you don’t like daughter Hui, and that she’s made some mistakes before. But in the end, aren’t we all one family? The main branch of the family has only the two of you. I don’t like it that the two of you don’t get along.”

Qin Yining had been displeased from the words “I know you don’t like daughter Hui”, but she was skilled at enduring. She knew that this was just how née Sun was and so didn’t argue with her. She just nodded docilely. “Understood, I’ll do whatever you wish, mother. I won’t act against her as long as Miss Huining doesn’t provoke me.” Of course, the connotations were that it was always Qin Huining starting up trouble and not her.

Jin-mama brought over a little pointed mallet and took over Qin Yining’s massage duties. She chose this moment to speak in a gentle voice, “Don’t make it difficult for the fourth miss, madame. It’s really not her fault. She’s expressed her goodwill many times, but Miss Huining doesn’t accept it at all. It really puts the fourth miss in a difficult position.”

Jin-mama was née Sun’s wet nurse, so her words carried a different weight. Plus, her tone was tender and coaxing. Née Sun naturally knew of the truth in wet nurse’s words too and sighed. “We’re family, so let pass what can pass. Since you are the firstborn daughter, you should have the bearing of one.”

“If this old servant may say something above her station,” Jin-mama continued, “Our fourth miss is a gracious and sincere person. We can see that just from how she treats those by her side. If I were to generalize, I’d say this manner comes from you, madame. You treat us servants so kindly, and so does the fourth miss. She wouldn’t even harm a servant, much less provoke and scheme against someone. But, madame, there’s no logic in this world that says one can only be bullied and not return the favor.”

Jin-mama completely hated Qin Huining now. The foster girl’s wet nurse, Cai-mama, was Jin-mama’s niece. The two weren’t close, but Qin Huining hadn’t even spared a look in her direction after Cai-mama had been beaten and thrown out of the manor for the foster girl. She hadn’t even sent a copper coin in consolation! It was as if Cai-mama wasn’t her wet nurse, and worse, like the two had never known each other. Such treatment chilled the heart of those who knew the two. Wet nurses were different from ordinary servants. They were the ones who breastfed the children, and accompanied them through life. They often spent more time with the child than the birth mothers. Such cold-hearted actions completely wiped away any trace of Jin-mama’s good feelings for Qin Huining.

In contrast, if one looked at Ruilan, now known as Songlan, who didn’t know of what’d befallen that maid? And yet no one made an issue out of the fact that she was actually Ruilan, and no one dared mention the theft in front of her anymore. She’d been framed, and her mistress had returned her innocence to her! Both Ruilan and Cai-mama had been beaten and thrown out of the manor, but Songlan’s mistress had remembered her and gone to great effort to save her and have her return in glory. Not a single person dared bully her now. The contrast between the two mistresses was obvious, and however much disdain Jin-mama might’ve had for Qin Yining before, it was all replaced by respect now.

Née Sun knew that both of them were right. The crux of the problem lay with Qin Huining. “Daughter Yi, make a visit to Snowpear Courtyard for me in a moment. Take the fox pelt to daughter Hui and look in on her for me. As for her faults, I’ll teach her well on another day.”

Née Sun’s heart was suffused with a rare warmth at the sight of such a docile Qin Yining. She took Qin Yining’s hand and patted it. “I know you’re a good child, and I’ll love you just as much in the future. I just wish that the main branch of the family gets along well enough to not have the others laugh at us. You’re the firstborn daughter and the more mature one, so you get more of the burden. They all say that to suffer is good fortune, so taking a more generous tone with her should be good fortune too, no?”

“Mother speaks truly.” Qin Yining had a litany of grievances against Qin Huining, but she also didn't want to go against her mother. If it’d been anyone else, she would've retorted—why does the more mature one have to be the one taking on more of the burden? Why doesn’t the mature one receive more love? Since suffering is to receive good fortune, why don’t you suffer, hmm? But she knew that logic would never work with née Sun. It would only confuse her further. She didn’t want to ice the relationship that she’d finally built up with her mother. When it came to née Sun, Qin Yining’s philosophy was to keep a broad mind, a thick skin, a docile person, and a sweet mouth.

“Don’t worry, mother. I’ll bring the fox pelt to Miss Huining in a moment. But the sticky rice and red bean paste snacks we had just now were delicious. Jin-mama, are there any more left in the residence kitchen? I’ll bring some to Miss Huining as well.”

Thank goodness I just told them to make some more! Jin-mama smiled merrily. “Yes indeed! I’ll give the orders now so that you have a bit more to bring to Miss Huining.”

“Many thanks, Jin-mama.” Qin Yining took the mallet back and started working on née Sun’s legs. Jin-mama headed outside with Caiju to prepare the meal box. The two quickly finished preparing the box and were about to return when they saw Songlan and Bingtang coming in search of their mistress. The two had brought a hand warmer and a poncho with a thick fur collar.

“Aiyo, this won’t do!” Jin-mama knew of Bingtang’s background, so how would she dare accept her curtsey? She quickly turned away and curtseyed to Bingtang instead.

With the courtesies having been seen to, Bingtang smiled brilliantly at them. “I felt that the skies don’t look too good today. We might have a shower of rain mixed with snow. We didn’t want the miss to be chilled, and so brought these items to her.”

Jin-mama and Caiju subconsciously looked up. Although the skies didn’t have a clear blue hue to them, only a few clouds could be seen scudding through the air. It didn’t look like the weather would take such a bad turn. Therefore, they assumed that Qin Yining’s maids had just come up with an excuse to visit their mistress.

“Miss Bingtang is so thoughtful. Hurry and come inside to warm up.” Jin-mama settled the two by the fire in the outer room as she took the meal box inside.

Qin Yining was in the middle of a discussion with née Sun about the use of the fox pelt. “…then why not keep mine separate from the cloak and just make it into a neck warmer? That way, I can wear it with whatever my outfit is.”

“That’s a good idea. Your maternal grandmother also gave me the purple pelt of a cougar. Why don’t we have them all made into neck warmers. The remaining material can then be made into hand warmers. They’ll be both useful and good looking.”

“Mother knows the best, this is an even better idea.” Qin Yining nodded. “I wonder how Miss Huining will want to use her pelt. Why don’t we go ask her together?”

“You can ask her when you visit her later.” Née Sun deeply wished for her two daughters to get along. She felt that someone who came bearing gifts was always better received. The two would naturally grow closer when Qin Yining brought her the fox pelt and snacks. Qin Yining could only agree with a smile when she saw how adamantly her mother was sticking to her belief.

Bidding farewell to née Sun Qin Yining stepped into the outer room, where Songlan and Bingtang helped Qin Yining into a pale-green poncho with a thickly furred collar. They also handed her a brass hand warmer enclosed in an exquisite brocade pouch. Songlan carefully tidied Qin Yining’s collar. “I feel that the weather will hold up, but Bingtang said that she learned the art of weather prediction from Priestess Liu, and that there will be some sleet later. We came because we were worried you’d be cold.

Bingtang snorted. “Don’t forget, we also have a bet riding on this.”

“I owe her a box of hand ointment if it doesn’t snow, and she owes me a pair of shoes if it does.”

Qin Yining burst out in laughter. “You two sure know how to amuse yourselves.” 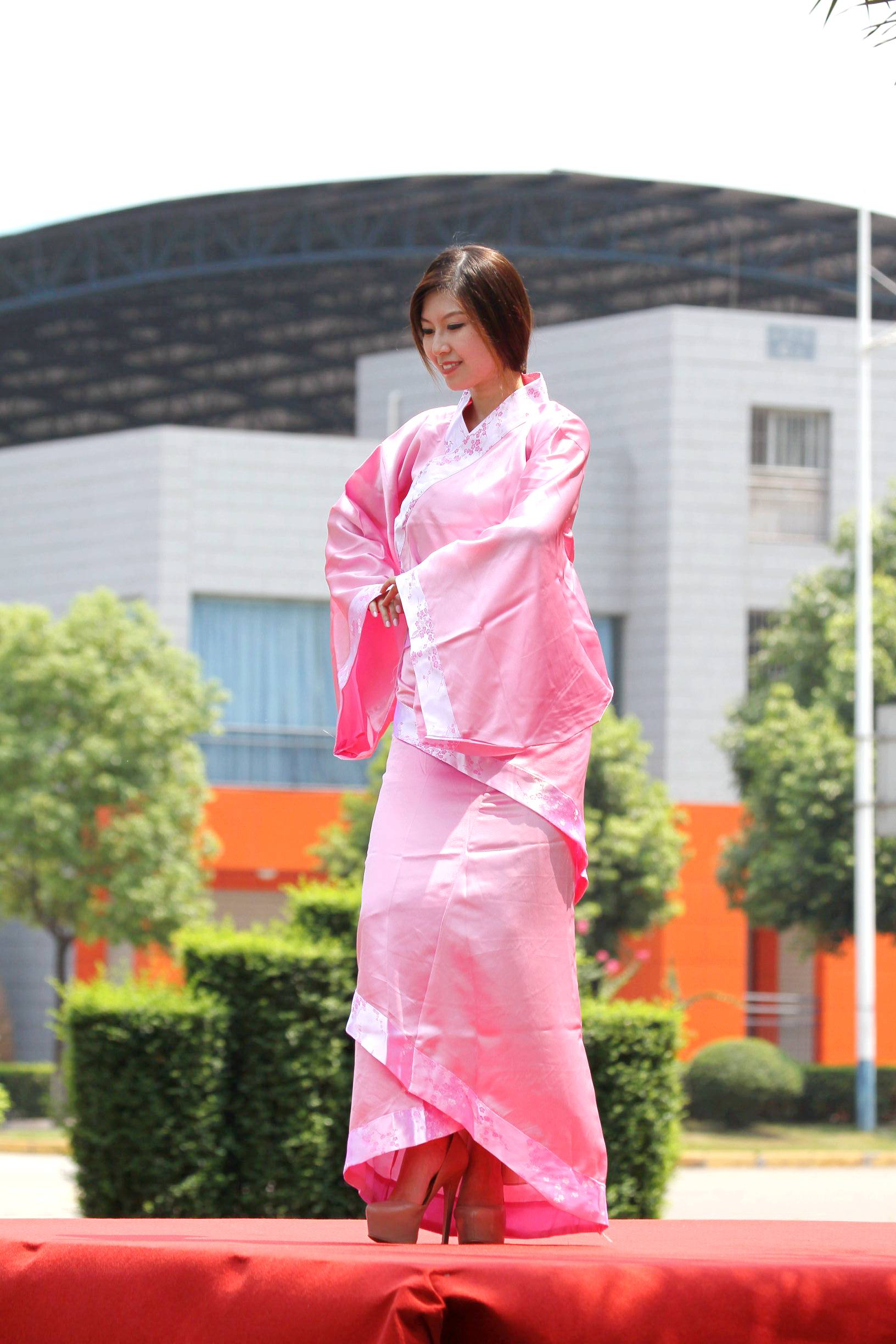 I’ve been wanting to write a quick note about the “curtseying” motion, as I gather most are probably used to Western curtseys, where you dip one knee behind the other and pull out your skirt/dress. The dipping motion is also present in Chinese curtseys, but with a head tilt downwards and the hands at the waist or hip, depending on the dynasty. It’s a quick bobbing action.

When I write “grand gesture of greeting”, it’s a full bend and sinking down to the ground. The person holds it until they’re told to rise, so gotta work those thigh muscles! This isn’t to be confused with “kowtow’ing”, where not only are you on both knees (a grand gesture could be both knees too, depending on dynasty), but your forehead and hands are plastered to the ground as well.