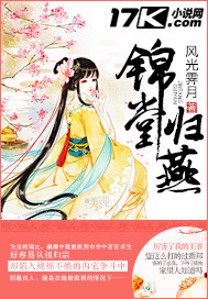 Return of the Swallow

Reclaimed by her noble family after being swapped at birth, Qin Yining is bestowed a hellish family instead. Just as she turns her situation around and gains acceptance, her country is plunged into peril and the future bleak.

Shades of gray color the world. No side is completely good, and no side is completely evil. Refusing to be a trophy won by men, Qin Yining carves her own path instead. In this absolutely riveting and spellbinding tale, what does our MC do when an entire dynasty is at stake?

Original novel synopsis: She was the firstborn of the prime minister, but was switched at birth in infancy to eke out a living in the city. When she finally returned to her family, she found herself in the throes of inner residence scheming instead. She wanted to reside peacefully with her sisters and be a filial member of the younger generation of the family, but this gem of a family didn’t want to leave her be!

Thus, she woke up to the harsh reality that she herself would have to join in the fray in order to live a good life! Fighting against white lotuses, trampling green tea, she can mount an ultimate comeback even when dealt a lousy hand!

Hmm, how impressive eh, prince! Does your family know that you’ve been letting your enemies go, framing your loyal subjects, and cooking up a storm in the kitchens?

3 Volume 3: Which Way Do the Winds Blow