Jiang Cheng laughed eerily, his voice appearing to have crawled from the depths of hell.

“It turns out that I’ve made the right decision once again…our only way back is to die together.”

The car sped down the road, bypassing many cars along the way. At the crossroads, the traffic light was red, but Jiang Cheng had no intention of slowing down.

At the same time, on the other road which intersected with theirs, a large truck was speeding forwards.

However, Jiang Cheng’s eerie smile gradually magnified in front of her, and she heard him say, “Like I said earlier, our only way back is to die together.”

Lan Jinyao’s eyes widened as she stared at the truck steadily coming closer. As such, she subconsciously closed her eyes, and the impact of being hit transmitted from her nerves to her brain. It hurts…the pain was unbearable… She lost consciousness shortly after experiencing the pain.

The world quieted down; it was like a realm of tranquillity.

The news of a car crash on Noble Coast Avenue immediately spread. The bystanders at the scene of the accident filmed the incident with their mobiles and shared it on the internet. At the same time, the sound of sirens could be heard as several ambulances rushed to the spot.

Meanwhile, at Blue Hall Entertainment - President’s Office, Fu Bainian’s brows were tightly furrowed as he listened to the transmitted message: The number you’ve dialled has been turned off…

Who on earth had called him? Was this a prank?

At this thought, Fu Bainian called Lan Jinyao, but her mobile was still turned off. Only then did he realise that something was wrong. He abruptly got up from his chair and prepared to leave.

At this very moment, however, the door suddenly flew open, and the person who came in didn’t even knock.

Shen Yu rushed to his side with a flustered expression, and said, “Bainian, hurry to the hospital, Chen Meimei, she…she was in a car accident!”

“What?!” Fu Bainian glanced at his mobile screen, and then he immediately strode out.

That call just now must’ve been from Jinyao! She was in danger and asking for help.

When Fu Bainian arrived at the hospital, a doctor happened to come out of the OR. He immediately stepped forward, grabbed the doctor’s hands, and asked, “Doctor, how’s the patient who was in that car accident doing?”

The doctor shook his head, his gaze not sad nor happy. It was as if he was already used to the joys and sorrows of the world.

“Why are you shaking your head? She didn’t make it?”

The doctor nodded. “He didn’t make it, unfortunately!” (TL Note: he/she sounds the same in Chinese unless in writing)

The door of the OR opened, and a patient was pushed out. Fu Bainian trembled uncontrollably as he looked at the body covered with a white cloth.

In the next second, he extended his hand and lifted the white cloth, but he instantly froze afterwards.

“What about the other patient? It was a woman; where is she?!” He looked at the little nurse with bloodshot eyes.

The nurse pointed towards the front of the corridor, and said, “If you turn over there, you can find the Intensive Care Unit, but…”

Before the nurse had even finished speaking, Fu Bainian was already striding away. When he got there, he saw Lan Jinyao in the ward. There was a nasal cannula inserted into her nostrils, and she was lying quietly in bed as if she were lifeless.

“Doctor, when will she wake up?”

A miracle? It was already a miracle that she was reborn. Would the Heavens possibly grant her another chance?

Idiot Bainian! I’m not dead, so don’t give up on me, I can surely wake up.

Lan Jinyao kept screaming, unfortunately, no one could hear her. She watched Fu Bainian slowly walk towards her, but in the next second, Fu Bainian walked through her body and into the ward.

Lan Jinyao froze as she watched Fu Bainian sit down beside the hospital bed. Tears slid down from the corners of his eyes and landed on Chen Meimei’s cheek.

She suddenly remembered that when she’d been framed by Shen Wei’an and fell off the rooftop in her previous life, Fu Bainian seemed to have shed a teardrop for her, but his tear had evaporated as soon as it had appeared. But now, Fu Bainian’s tears kept pouring down, yet she couldn’t catch them.

Lan Jinyao walked to Fu Bainian’s side; no, to be exact, she floated to his side. Her feet didn’t touch the ground.

She extended her hand and tried to wipe away the tears on Fu Bainian’s face, but her hand passed through his body to the blank space behind him.

Lan Jinyao stared at her near-transparent hands, and sadness rushed to her heart. Actually, she also wasn’t sure whether she could wake up. Her soul seemed to have left Chen Meimei’s body. But, when she’d died in her previous life, she didn’t experience this situation.

Back then, when she’d woken up from a seemingly long coma, the first thing she’d seen was a woman. It was Chen Meile standing in front of her bed, and she was calling her Chen Meimei.

Following this, Lan Jinyao started to wander aimlessly in the hospital, drifting from one place to another. Lastly, she went to the morgue. Upon seeing Jiang Cheng laying there, she subconsciously covered her heart, but…when she looked down, she realised that she no longer had a heart.

It was very dark inside the morgue, but she seemed to quite like it there. Yet, at the thought that Jiang Cheng’s soul might still be at the hospital, she immediately floated back to Fu Bainian’s side.

However, when she arrived at the ward, she found that Fu Bainian was no longer there. Even Chen Meimei’s body was gone.

Where did he go?

Lan Jinyao then floated out of the hospital.

When she returned to their house, she saw Fu Bainian gently place Chen Meimei’s body on the bed before removing the nasal cannula from her nostrils. Then, Chen Meimei was no longer breathing.

Fu Bainian killed her. When this thought popped into her mind, Lan Jinyao felt very sad, even though she’d already died once.

Lan Jinyao felt devastated, and even though she wanted to cry, she couldn’t shed a single tear.

And, at this moment, she suddenly felt her body weaken, and she was about to collapse.

Fu Bainian…Fu Bainian, hurry over and catch me.

Although the floor was made of wood, it would still hurt to fall down.

The moment she fell, Lan Jinyao suddenly remembered that she was only a soul now, and that a soul wouldn’t feel any pain.

Inside the dark room, the semi-transparent soul finally disappeared into thin air.

Fu Bainian held onto Chen Meimei’s hand, gazing at her with a gentle expression. Soon after, his vision darkened and he collapsed to the ground. 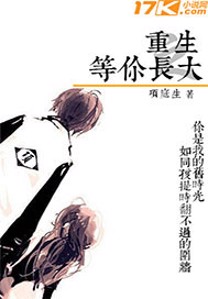 Still, Wait For Me
Advertisement