With Chief Officer Chen watching from the sidelines, Officer Lin didn’t dare to be careless. Lan Xin was then requested to present evidence of the murder. At that moment, Lan Xin removed the gauze stained with blood from her face. This move of hers surprised everyone present.

She used her white, slender fingers to scratch hard at the wound on her face, and then, under everyone’s watchful eyes, her fair and smooth skin came into view.

Lan Xin smiled and said, “Officer Lin, look! This was a look created by a Hollywood special effects makeup artist. Your astute eyes were deceived, right?! I wasn’t injured at all.”

As she watched this scene unfold, Lan Jinyao’s heartbeat quickened even further with shock. That makeup was really well done! It seemed so real, and there was even a smell of blood attributed to it…

So, it turned out to be fake!

Everyone was in shock as they fixed their gaze on Lan Xin’s movements.

“What I said before about me not being there is false.” Lan Xin unhurriedly revealed. She was seemingly not afraid of the prison sentence she was about to face.

Hearing this, Fu Bainian, standing at the side, hurriedly asked, “That is to say, that so-called doctor is one of your old acquaintances, right?”

Unexpectedly, Lan Xin shook her head, and said, “No…we only met each other at the hospital. He happened to be a fan of mine. How funny, right? I only have a few accomplished works, and I’m not that popular either. Yet, I also have fans.”

Lan Jinyao immediately disagreed and stated, “You aren’t as bad as you think. You’ve been shortlisted before; that’s already a very big accomplishment for a newcomer like you.”

Lan Xin’s mood instantly brightened after being praised by Lan Jinyao. She looked like a pure-minded child, smiling from ear to ear.

The truth had finally come to light, but in the end, Officer Lin hadn’t managed to get Lan Xin to divulge the real cause behind the murder.

When the questioning ended, Lan Jinyao walked hand-in-hand with Fu Bainian under the sun with a bright smile plastered on her face. At this moment, her smile looked even brighter than the sun in the sky.

“Fu Bainian!” She cast a sidelong glance at Fu Bainian, and softly said, “I never thought that one day, I would go through so many things. At this moment, there is just one thought running through my mind, and that is: How wonderful it is to stand in the sun. I’m sure that I’d turn mouldy if I’d stayed back there a minute longer.”

She’d had to stay in that dark prison cell all day, and she wasn’t even allowed to go out to breathe some fresh air. How could she not turn mouldy?!

The two of them were about to board Fu Bainian’s car when a group of people suddenly rushed over, their cameras flashing.

Lan Jinyao’s expression instantly changed upon seeing this. At this moment, a hand suddenly landed on her back and pushed her inside the car. Then, the doors slammed shut.

Fu Bainian didn’t get in the car; he walked towards the reporters instead. Lan Jinyao sat in the car, and she stared at the scene outside, tightly clasping her hands together.

Why were there reporters here? Did Fu Bainian not deal with this beforehand? No, someone must’ve done something behind the scenes. Blue Hall Entertainment’s PR department’s forte was handling these kinds of issues.

Lan Jinyao kept praying in her heart. Please don’t let any of those reporters get ahold of a picture of my face.

She didn’t know what Fu Bainian said to the reporters, but they only glanced at the car once before gradually leaving. Seeing this, Lan Jinyao finally breathed a sigh of relief. Fortunately, this issue was solved amicably.

Afterwards, Fu Bainian returned to the car, and Lan Jinyao hurriedly asked, “What was that all about?”

“Don’t worry, it’s nothing. Someone got the news that a female artist under Blue Hall Entertainment was jailed for murder, and they’re guessing that it was you. However, the truth has come to light now, so I’ll hold a press conference for you tomorrow to clarify this matter. Even if you no longer want to stay in this industry, you have to retreat cleanly.”

Fu Bainian’s tone was calm, but Lan Jinyao was stunned when she heard him say that. She felt a lump in her throat as she slowly asked, “You’re going to hold a press conference? Isn’t that equivalent to telling the world about Lan Xin’s murder case?”

Fu Bainian’s voice turned a little cold as he replied, “Jinyao, you have to understand that she did kill someone; we aren’t wronging her. Besides, she made you her scapegoat before. Jinyao, you have to be a little rational, don’t become soft-hearted just because she’s your sister.”

Hearing this, Lan Jinyao quieted down. Fu Bainian then started the car and leisurely drove home.

At this moment, Lan Jinyao felt a complicated rush of emotions in her heart. Her friend had become the person who’d framed her, but she’d turned out to be her own sister. Yet, her sister had cleared her name for her in the end.

She inwardly knew that Fu Bainian was right, so she wasn't able to refute.

As for her little sister, Lan Jinyao still had no recollection of her. Even now, her mind was still blank, without any impression of her.

When they got home, they found their door wide open. Lan Jinyao cast a vigilant glance at Fu Bainian and asked, “Bainian, those reporters wouldn’t have found their way to our home, right? Or, did you leave earlier without closing the door?”

Just then, Xiaolin’s voice suddenly thundered out of the living room, “Meimei, you’re back!”

Several people rushed out from the living room. Xiaolin was carrying a basin, while Li Qi was lighting a fire next to her. “Quickly go over and get rid of the bad luck.”

Qian Ran walked over and said, “In the past few days that Madam wasn’t here, President Fu was worried to death. The pomelo leaves have already been prepared. Quickly, go take a bath and wash away all the bad luck.”

Lan Jinyao froze and only came back to her senses after he’d finished speaking. She covered her mouth and burst into laughter.

Qian Ran then added, “You shouldn’t be thanking us! If Madam wants to thank someone, then thank President Fu.”

Lan Jinyao nodded and turned to face Fu Bainian, who was standing behind her. Tears welled up in her eyes as she said, “Fu Bainian, thank you!"

Finally, there were no more obstacles between them.

After she’d finished taking a bath, she walked to the living room and saw the group sitting on the sofa, seemingly discussing something. She unhurriedly walked over and realised that they were discussing the details for the press conference.

Upon seeing her, Xiaolin hurriedly asked, “Sis Meimei, when are you coming back to work? I’m still eagerly waiting for you.”

As soon as she finished speaking, she was reprimanded by Li Qi. “What Meimei needs to do right now is rest, so don’t mention work. Why? You don’t like working with my dear Xiaoyun? Do you have any objections?!”

“No, no, no…I swear I don’t!” Xiaolin hurriedly raised her hand and swore.

Only then did Li Qi let her off the hook.

Seeing this scene unfold, Lan Jinyao secretly smiled. I’m afraid that my career has come to an end… 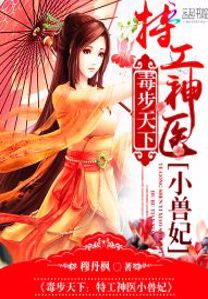