Although Shen Yu was puzzled, he still went ahead with the investigation.

The process of waiting always felt endless. After Fu Bainian returned home, he stayed alone in the empty living room, surrounded by the hum of the air con. The cold air travelled through his pores, and then flowed along his blood vessels to his limbs.

At this time, visits were no longer allowed, but he still wanted to see her.

As his thoughts reached this conclusion, he immediately took out his mobile and made a call.

“Old Chen? Yes, it’s me. My wife was recently implicated in a murder case, and she was taken away by your subordinates. I want to go and see her now.”

“Of course, no problem! I’ll instruct them to make way for you right away. After all, it was all thanks to you that we solved the case involving the Jiang family!”

“Then, I’ll be on my way. I’m looking forward to our future cooperation.”

Back then, Jiang Baitao had wanted to bail Jiang Cheng out of prison as quickly as possible, but his efforts were in vain as Fu Bainian kept the situation under control behind closed doors. At that time, he’d told Chief Officer Chen that the longer Jiang Cheng was kept in there, the higher the bail. And, when the time came, all that money would solely belong to Chief Officer Chen, while Jiang Cheng died an unknown death, thus killing two birds with one stone. With an attractive proposal like this landing on Chief Officer Chen’s head, how could he possibly not feel grateful towards Fu Bainian?

Of course, the evidence in Fu Bainian’s hand played the most crucial role. He didn’t believe that someone he’d used would be sincerely grateful to him; he only believed in the pieces of evidence in his hand.

On the dim highway, Fu Bainian’s black Land Rover sped off like a bolt of lightning. Except for a few traffic lights and areas with speed cameras, he didn’t slow down one bit, so it only took him around ten minutes to get to the police station.

Old Chen’s work efficiency was very high. The moment he arrived, someone was already waiting for him at the door. The man nodded and respectfully said, “Our Chief has already explained your visit, and everything has been arranged, so please come with me."

“Mhmm!” Fu Bainian faintly responded as he strode inside. He couldn’t wait even a second longer to see her. Was she secretly wiping away her tears in silence again?

Lan Jinyao had secretly wiped her tears in silence once or twice before this, and he’d coincidentally seen it. Her aggrieved appearance made his heart hurt for her, but at that time, he could only watch from the sidelines and he didn’t approach her. He could only let Shen Yu investigate the matter, and consequently punish the person who’d made her sad.

At present, she was forced to bear the blame of a murder case for someone else. Fu Bainian didn’t even need to think to know how sad she must be feeling at this moment.

The Prison Officer following behind Fu Bainian couldn’t help but shake his head, and heave a sigh. He came here so late just to have a look at her? He might as well take advantage of this time to lubricate the friction between them.

When Lan Jinyao was brought outside, she cast a doubtful glance at the Prison Officer and asked, “It’s already so late, who’s here to see me?”

When Qian Ran had come to see her earlier, he’d told her that Fu Bainian was currently busy investigating this case, so he didn’t have time to come see her for the time being. Therefore, Lan Jinyao had absolutely no idea that Fu Bainian was the one who’d come to visit her this late.

Upon seeing Fu Bainian’s familiar figure, tears welled up in her eyes, and she was on the verge of tears.

“Bainian!” she softly called out. She hadn’t spoken for a long time, so the words she uttered sounded slightly hoarse.

However, she immediately noticed that Fu Bainian couldn’t hear her. He pointed to the phone next to her and motioned for her to pick up.

“Bainian, I truly didn’t kill anyone…you have to believe me. Back then, Shen Wei’an called me and said that she was going to jump off a building. I’d initially wanted to go and have a look, but, unexpectedly, I was charged with murder as soon as I got there! I really didn’t push Shen Wei’an down the building!” she hurriedly explained as soon as the phone connected.

Fu Bainian calmly stared at her. When she burst into tears, his heart ached at the sight of it, and he hoarsely said, “Meimei, don’t cry…I believe you, so I’ve been looking for evidence to prove your innocence all this while.”

Lan Jinyao nodded, and then she gradually calmed down.

“Fu Bainian, thank you for believing in me.”

His loving gaze touched Lan Jinyao’s heart. The look in his eyes seemed to convey that no matter what happened, he would always believe her.

With a husband like him, what more could she ask for?

“Meimei, you have to believe me. I’ll soon find evidence to get you out of here. Just like last time, I won’t keep you waiting for too long.”

Like last time? Of course she had faith in him. Lan Jinyao wiped her tears away and softly said, “Bainian, I think this matter is related to Lan Xin. That day, we were in the same elevator. Although I know that I shouldn’t be suspecting her, I really don’t know who the murderer is. You might not know this, but Lan Xin has done a lot of things to Shen Wei’an before. Do you remember that time when words written in blood were found in Shen Wei’an’s room? That…was Lan Xin’s doing. I don’t know why she hates Shen Wei’an so much…it seems that her hatred towards Shen Wei’an runs deeper than mine. I don’t want to take the blame for someone else; I just want to be with you.”

Fu Bainian hesitated for a moment before saying, “Meimei, you’re very close to Lan Xin, so can you tell me more about her? Small details are more than enough, I’ve already asked Shen Yu to investigate her identity. I’m sure that the results will come out tomorrow.”

Lan Jinyao smiled bitterly. “In fact, we can’t be considered as close friends…otherwise, how could she have the heart to make me her scapegoat? I also don’t know much about her personal matters. It’s just that I’ve noticed her secretly investigating Shen Wei’an several times. Afterwards, she would take small-scale actions against Shen Wei’an. In any case, she didn’t make things easy for the latter. However, there were too many people in this industry that found Shen Wei’an an eyesore, so I really don’t know how Shen Wei’an ended up provoking Lan Xin.”

“That is to say, I find her actions extremely suspicious. Shen Wei’an was expanding her career domestically, whereas Lan Xin was living abroad at that time. They weren’t related in any way, so what kind of connection did they have?”

At this moment, the Prison Officer standing outside dry-coughed twice, and said, “Time’s up, you ought to return now.”

Fu Bainian refused to get up and gently stroked his fingers across the glass; as if he was stroking his lover’s cheek.

“Please don’t make it difficult for me. If you want to visit again, you can come over tomorrow morning.”

“Bainian, you should go back…I just hope that I can get out of here as soon as possible and be reunited with you!”

Fu Bainian nodded, stood up with great difficulty, and walked out.

His departing figure gave off a melancholic air, and Lan Jinyao burst into tears in an instant.

That night, Fu Bainian didn’t go home. He went to the bar that Chen Meimei often visited, and ordered a lot of wine. He sat alone in a corner, drinking by himself on a sofa.

He didn’t know if it was an illusion, but he gradually saw a familiar figure through his blurred vision.

That person…seemed to be Jiang Cheng! 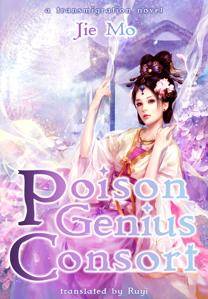