In the morning, Lan Jinyao received a call from an unknown number. Upon seeing the number flashing on the screen, she felt a tinge of dread in her heart. She suddenly recalled Jiang Cheng…he’d previously contacted her with this number.

She hesitated for a moment before answering the call.

The person who called turned out to be someone she was very familiar with; it was Qingqing!

“Your sudden call today…is it to appeal for help?” Lan Jinyao raised an eyebrow and complacently asked.

Qingqing was already at the end of the line and she couldn’t hold on for much longer, so Lan Jinyao wanted to deliberately provoke her.

Sure enough, Qingqing became angry and retorted, “Appeal for help?! Lan Jinyao, stop overthinking things. I’m telling you now, I’ll definitely drag you down with me and make your life worse than death…!”

Before Qingqing could finish her sentence, Lan Jinyao abruptly hung up on her.

It seemed that her assumptions were wrong. Qingqing didn’t panic and her attitude was still so overbearing even in the face of this dilemma. Didn’t it register in her mind that she was about to be arrested and thrown in prison?

As her thoughts got to here, Lan Jinyao smiled sadly. Qingqing behaved so because she wasn’t aware of her current situation. When she realised her current state of affairs, the strong façade she’d put on would shatter into pieces in an instant.

Soon after, Lan Jinyao reported that number, and she passed on Qingqing’s threatening words with added details to the police officer in charge of the case.

Lan Jinyao then thought: Only one more day and Qingqing would never be able to escape again.

As for Shen Wei’an’s unresolved murder case…if it was confirmed that Qingqing was Shen Wei’an, then, without doubt, it was very easy to connect the dots between the corpse they’d found earlier and Qingqing. When guilt flooded her and she realised that there was nothing she could do about it, she could only run away, and the police would definitely hunt her down when the time came.

Lan Jinyao clenched her hands into fists. Killing Qingqing was the same as letting her off lightly, so this time she would send Qingqing to prison no matter what!

The next day, Qingqing called her again. Through the phone, she could hear how dejected Qingqing sounded as she cried her eyes out. Unfortunately, this kind of little trick wouldn’t work on her.

Lan Jinyao sneered and asked, “You finally know that what you did was wrong?”

Lan Jinyao actually didn’t believe that Qingqing felt any remorse, because even when she was pushed off the building by Shen Wei’an, the latter didn’t think that she’d done anything wrong and she’d shamelessly taken advantage of everything that had belonged to her to rise to fame. With such a twisted mind, how could she possibly be willing to repent?

Qingqing choked on her words and couldn’t speak properly.

“Lan Jinyao, I know I’m in the wrong now. I…I can never win against you, so I don’t expect you to forgive me, but please promise me one thing…after I die, please help me collect my body!”

Collect her body? What was this woman scheming now?

“Where are you now?”

Qingqing remained silent for a moment before sniffing and blowing her nose. “I’m at the rooftop…the place where I pushed you off the building. It all started here, so things should end here. Say, Jinyao, I’ve done so many bad things…do you think that I’ll be as lucky as you were after I die? Will the Heavens grant me another chance? I want to start over too…”

“You could’ve started over with your new identity and appearance. Furthermore, you had Jiang Baitao behind you, so if you’d started over, and you didn’t take the initiative to approach Fu Bainian and me, then you could’ve lived a very long life.”

Qingqing choked with sobs and said, “I…I know I did wrong, and I regret my actions deeply. Lan Jinyao, you must come to see me off! I’m waiting for you…d-don’t you want to see your enemy die in front of you?”

Having her thoughts seen through, Lan Jinyao didn’t say anything. That was right, for a long time she’d been having nightmares every night, and every time she woke up, she couldn’t get over it, and by the time she got over it, her first thought was: why was Shen Wei’an alive and well even though her hands were covered with blood?! She must find a way to kill that damned woman to avenge herself!

Now, she could finally see the wicked Shen Wei'an depart from this world… At this thought, Lan Jinyao suddenly felt a surge of inexplicable emotions in her heart.

"Okay, I'll be right there!" Lan Jinyao gritted her teeth and added, "You must wait for me…I've been looking forward to your death for a long time."

She had been incessantly waiting for this opportunity, so if Shen Wei'an changed her mind midway, she wouldn't mind giving her a hand.

After Lan Jinyao hung up, she hurriedly went out. On her way out, she bumped into Qian Ran. She glanced at the Assistant whom she hadn't seen in ages and greeted him with a smile. "To what do I owe the pleasure of this visit?"

"Oh, President Fu asked me to fetch a file for him. Are you about to go somewhere?"

Lan Jinyao nodded, and then she saw Qian Ran breathe a sigh of relief. "Fortunately, I came in time. Otherwise, I would be left out in the cold."

"Which file do you need? I'll go get it for you. Just give me a minute!"

As Lan Jinyao was in a hurry to go out, she quickly found the file that Fu Bainian was looking for and handed it to Qian Ran. As they walked side by side towards the gate of the community, Qian Ran noticed that Lan Jinyao seemed to be in a bit of a hurry. So, he promptly asked, “Madam, where are you going? I came here with my car, so if it’s on the way, I could take you there.”

Upon hearing this, Lan Jinyao’s eyes instantly lit up. Qian Ran was going back to the company, and she also had to go there, so they could go back together.

Before she’d even replied, Qian Ran was already gesturing for her to board the car, and smilingly said, “It happens to be on the way, right? Then, please get in and off we go!”

Afterwards, Lan Jinyao got off at a bus stop close to the company and said, “Thank you. I’ll be fine here. You should hurry and deliver the file to Fu Bainian!”

Qian Ran glanced at the surrounding shopping malls, thinking that she was about to go shopping, so he didn’t dwell on this and drove away.

Lan Jinyao waited for a while until Qian Ran was completely out of sight before she walked towards the company. When she’d gotten on the car earlier, she’d initially planned to go to the company with Qian Ran, but then she was worried that Fu Bainian would question Qian Ran about this, and knowing the latter’s personality, he would surely answer truthfully. When that happened, Fu Bainian would surely overthink things again.

She wanted to solve this matter by herself. No matter what Fu Bainian had planned, she didn’t want him to get involved. She had to break free from her fears and nightmares on her own. 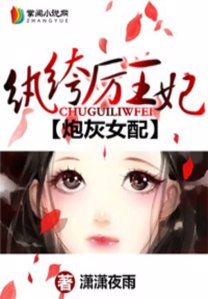 Doomed to be Cannon Fodder
Advertisement