The moment Jiang Baitao’s words reached her ears, Lan Jinyao abruptly halted. Her heart leapt to her throat and she subconsciously clenched her hands into fists.

It was currently around two in the afternoon when the temperature was at its the highest. Fine beads of sweat glistened on Lan Jinyao’s forehead as she stood there in a momentary daze. After regaining her senses, she gritted her teeth and forced a smile before turning around, asking, “Second Master, don’t tell me that you’re going back on your word?”

Jiang Baitao was still sitting behind his desk with the same smile plastered on his face, without a trace of murderous intent in his eyes.

“You’ve misunderstood. I merely wanted to ask: you must’ve made a backup of this notebook, right?”

Lan Jinyao nodded. “I have heard about Second Master’s means of doing things from Bainian, so I know a thing or two about how things are done here. Today I rushed over to negotiate with you, so no matter if we’ve reached an agreement or not, I ought to leave myself a way out, right?”

Jiang Baitao stared at her for a long time without responding. Just as she thought that he would make a move, she heard him laugh and say, “You’re very daring, but also calm and composed. It’s truly a pity that you don’t like my son.”

Hearing this, Lan Jinyao inwardly replied: Jiang Cheng was indeed a pitiable person with an unfortunate fate. If he were to find a person who liked him wholeheartedly, then perhaps he would’ve been much happier and he wouldn’t have ended up drowned at sea.

Jiang Baitao nodded. “Of course, Miss Chen, you’re a courageous woman and I admire that. If you ever decide to leave President Fu’s side, my company will welcome you with open hands where you’ll surely achieve higher heights.”

Achieve higher heights? She didn’t care about that.

“I appreciate Second Master’s good intentions, but I’ll never leave Fu Bainian in this lifetime; I’ll forever stay by his side and grow old with him.”

Hearing this, Jiang Baitao didn’t move and remained silent. Lan Jinyao then turned and calmly walked out of the study. Once outside, she breathed a long sigh of relief.

At this moment, she heard Jiang Baitao say, “You’re very similar to her…very timid, but braver than anyone else. You’re clearly afraid, yet you put up a strong front, making it impossible for others to expose you.”

Lan Jinyao abruptly stiffened for a second; she then hurriedly left.

It turned out that Jiang Baitao had seen through everything…that was a close call!

The housekeeper followed behind and walked her out.

Lan Jinyao remained silent for a moment before asking, “Did you hear our conversation earlier?”

The housekeeper didn’t deny nor admit anything; he simply laughed.

Seeing this, Lan Jinyao rolled her eyes. “Since you heard everything, then I’d like to ask, who was Second Master referring to?”

This time, the housekeeper no longer assumed bureaucratic airs and replied, “She was Second Master’s lover, in other words, our Young Master’s Mother. But later, she was shot to death by Second Master for some reason…”

His words made Lan Jinyao’s hair stand on end. No wonder the housekeeper was willing to tell her all this. Why else would Jiang Baitao suddenly say that? He was practically threatening her! If she leaked the backed-up data, what would happen to her? She’d end up like Jiang Baitao’s woman!

“As expected, he’s vicious and merciless. He actually killed his own wife!” Lan Jinyao muttered under her breath.

The housekeeper suddenly corrected her, “She wasn’t his wife. A man like Second Master would never take a wife.”

Lan Jinyao nodded understandingly and then hurriedly left. This trip was honestly a frightening experience for her.

Only after she’d boarded the taxi did she feel relieved. She noticed that her back was drenched in sweat.

As soon as she arrived home, she hurried to the living room. When she didn’t see Bainian, she finally breathed a sigh of relief.

Fortunately, she’d arrived home earlier than Bainian. If he were at home, then she was done for!

Lan Jinyao thought that Fu Bainian didn’t know about any of this, but in fact…

At night, Lan Jinyao noticed that Fu Bainian seemed a bit off. Although his manner of speech and expressions were the same as before, she still discerned something different in the nuances of his voice.

During dinnertime, Fu Bainian would pick up food for her as usual, but then, while eating, he would become distracted. Seeing him like this, Lan Jinyao didn’t break his trance. Instead, she quietly stared at him.

Snapping out of his stupor after a few minutes, Fu Bainian cast her a puzzled look and asked, “What’s the matter?”

Lan Jinyao was rendered speechless. “…I should be the one asking that, what’s up with you?”

Only then did Fu Bainian seemingly realise that he was in a daze earlier. He slightly frowned and said, “It’s nothing, let’s eat!”

It was nothing? How could it be nothing? Lan Jinyao coldly humphed. The former Fu Bainian was always taciturn like this, yet those young ladies out there called him an ‘Aloof Prince Charming’.

How was he an ‘Aloof Prince Charming’?!

After taking a shower, Lan Jinyao lay in bed deep in thought. She carefully thought about what to say to Fu Bainian later, so that he would willingly tell her everything he’d stored in the deepest part of his heart.

By the time Fu Bainian got out of the shower, only ten minutes had passed. But, Lan Jinyao’s eyelids were seemingly already glued together.

Feeling the light movements beside her, Lan Jinyao’s eyes instantly flew open and she quickly stared at Fu Bainian with her pitch-black eyes. She pounced on him and tugged at his collar. “What were you thinking about during dinner?”

Fu Bainian held her hand and tried to remove it from his collar.

“Really? Fu Bainian, don’t treat me like a child, okay? I’m your wife, so please tell me the truth, alright?”

Fu Bainian returned her gaze, and then after a long moment of silence, he finally said, “I know you went to the Jiang family’s manor today, and I could, more or less, guess why you went there.”

When he said those words, Fu Bainian’s tone sounded indifferent, but Lan Jinyao’s heart was pounding from anxiety.

“Bainian, I just wanted to lend you a helping hand. I don’t want Qingqing to threaten our lives later on.”

“I’ll take care of these things; you needn’t worry. What’s more, Jiang Baitao is a very dangerous and cunning person; don’t you know that? What if you couldn’t get out? What if Jiang Baitao wanted to avenge his son right there and then? Do you want me to helplessly lose you again-”

As he was speaking, Lan Jinyao lowered her head and sealed his lips with a kiss, not allowing him to finish his sentence.

Fu Bainian, I know it’s dangerous, but I had to do it. I don’t want to see that woman again.

As their passionate kiss deepened, Fu Bainian suddenly turned over and pressed Lan Jinyao underneath him. 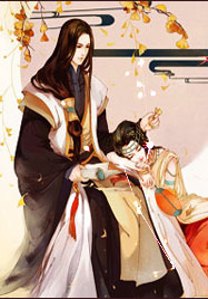