Lan Jinyao’s eyes met Jiang Cheng’s for a moment before she jumped forward and headed straight for the ground. She wasn’t able to maintain her balance and suddenly fell on top of Fu Bainian. Luckily, Fu Bainian had her in his embrace and protected her. Otherwise, she’d have fallen straight to the ground.

Only when Fu Bainian firmly held her in his arms did her tense body relax.

Meanwhile, Jiang Cheng had already rushed to the window and was glaring at them with an extremely dark expression.

He shouted through gritted teeth.

Lan Jinyao trembled upon hearing that name, but she remained in Fu Bainian’s embrace. She then moved her head to the side slightly, and glared at Jiang Cheng as she shouted, “Jiang Cheng, why are you so stubborn? I’m not Chen Meimei, and I never was; you know that!”

“I already told you! I don’t care who you are; you’re mine!”

Jiang Cheng’s expression looked crazy, sending chills down Lan Jinyao’s spine and leaving her filled with a feeling of fear and trepidation.

“I’m not!” Lan Jinyao said with a tight voice.

Soon after, a large group of people in uniform suddenly rushed inside and quickly detained Jiang Cheng. And, Jiang Cheng, who was caught, ferociously glared at Lan Jinyao.

“Do you really think Fu Bainian will still want you? You’ve already lost your child, and you’re now my woman.”

He was insane, genuinely insane!

Lan Jinyao clenched her hands into fists. She was so mad that she was about to pounce onto Jiang Cheng and beat the living hell out of him. However, in the next second, Fu Bainian softly squeezed her hand. Lan Jinyao slowly looked up, and her eyes met with his gentle gaze.

“Don’t listen to his nonsense, and don’t get angry. I believe in you, and I always will!”

Upon hearing this, Lan Jinyao nodded with reddened eyes.

She was the one who’d failed to protect their child due to her believing in the words of a treacherous person, yet Fu Bainian now told her that he’d always believed in her.

She felt so touched that she lost control of her emotions in an instant, and tears started to uncontrollably roll down her cheeks.

The room then quieted down after all that commotion. Lan Jinyao tugged on Fu Bainian’s sleeve, and they were about to turn around and leave when the phone left behind by Jiang Cheng suddenly rang. Lan Jinyao recognised this unique ringtone; that particular person he’d talked to last time had called again.

Fu Bainian stared at her with a puzzled look on his face, and asked, “What’s wrong?”

“Fu Bainian, wait for me for a moment. I’ll go take a look at Jiang Cheng’s mobile.”

Although Fu Bainian was confused as to why she’d do that, he didn’t question her and simply said, “Okay, I’ll wait for you here!”

Whenever Jiang Cheng had received a call with this unique ringtone, he’d always hidden away from her to take the call. Who exactly was that particular person?

Jiang Cheng’s mobile was placed on the nightstand, so Lan Jinyao saw it as soon as she walked into his bedroom and quickly picked it up. However, as soon as she saw the caller ID flashing on the screen, she froze.

This was actually a very common female name. So, it turns out that it was a woman calling.

This woman, could she be Jiang Cheng’s associate?

Lan Jinyao put down the phone and jumped out of the window again. Fu Bainian reached out to catch her and angrily reprimanded, “Don’t jump back and forth like this. You just recovered not long ago.”

Her smile bloomed like a bright summer flower; it was both beautiful and moving. Fu Bainian fell in a trance and only returned to his senses after a long time. He then asked with a grief-stricken expression, “You’ve lost a lot of weight, did Jiang Cheng make you suffer?”

“He did!” Lan Jinyao nodded pitifully, and added, “He was using psychological torture against me all the time, and I nearly developed psychasthenia by facing him every day.”

Fu Bainian couldn’t help but sigh. “It’s all over now. From now on, I’ll never let you leave my side again.”

To this day, he was still traumatised by that incident on board the ship. That man was cruel and ruthless; he practically seized every opportunity and was impossible to guard against completely.

When they boarded the car, Fu Bainian suddenly asked, “Just now, what did you want to do with Jiang Cheng’s mobile?”

Lan Jinyao shook her head and answered, “Nothing!”

What was so special about that name? It must be a woman’s name.

Qingqing, Qingqing… Lan Jinyao absentmindedly recited the name in her heart a few times before she retracted her thoughts, and asked, “Have you ever heard of someone called ‘Qingqing’?”

Fu Bainian pondered for a moment before nodding. “Yes, when I was recently investigating Jiang Cheng, I came across this name many times. She’s a Chinese American, and I’ve heard that she returned from abroad not too long ago. However, her whereabouts were very mysterious. I couldn’t find anything related to her background, so I didn’t bother to investigate further. From what I could discover, only her name was known.”

Lan Jinyao’s expression suddenly darkened. “I eavesdropped on Jiang Cheng once when he was talking to this person, and I heard him mention the Chen family. If Jiang Cheng was really working together with this so-called Qingqing, then I’m afraid that it must be related to me because the only person that can influence Jiang Cheng to this extent is…the Chen family’s Meimei.”

After listening to her, Fu Bainian didn’t look worried at all and just said, “It doesn’t matter. No matter what they’re planning, Jiang Cheng has already gone to prison. This time, even the Jiang family is in jeopardy and can’t save him. So, you don’t need to mind this so-called Qingqing.”

There was no need to worry about so much anymore. In the past few days, she hadn’t managed to get a good night’s sleep at all. Ever since the day that Jiang Cheng had sneakily entered her room in the middle of the night, she was often started awake for fear that Jiang Cheng would sneak in and do something to her. She couldn’t sleep well at night and didn’t dare to sleep in the day. She could only take a short nap; it was extremely tiresome.

Soon after, they arrived back home. Upon sighting the familiar living room and her favourite decorations, Lan Jinyao smiled.

*At last, she was finally back!”

She embraced Fu Bainian tightly and said, “I’m exhausted, so I’m going to bed now. These last few days have felt like an out-of-body experience.”

She kept thinking of her deceased child lately and had countless nightmares. She was truly exhausted, and her mind was still in a terrible state.

Lan Jinyao thought: Nevermind, ‘Twilight’ would be the last film in her career. She wouldn’t participate in any more roles in the future. She’d retreat from the entertainment industry and settle down. Hopefully, the Heavens would grant her with another baby after this.

Fu Bainian patted her head, and then gently said, “Go ahead and rest well!”

Lan Jinyao then walked towards the bedroom and secretly vowed to retreat from acting.

However, life was like a box of chocolates. You never knew what you were gonna get. 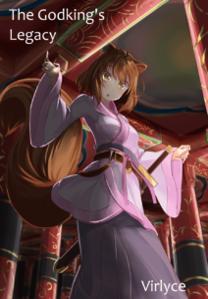