Lan Jinyao knew exactly what Chen Zetao wanted to say next, and immediately interrupted him. Jiang Cheng was an extremely scheming and resourceful person, so if she’d really said something to Chen Zetao today and those people had reported everything to Jiang Cheng, then he would’ve surely been able to guess what she had planned.

“Director Chen, you also know that, lately, I haven’t been feeling well and I fall ill easily. I’m already exhausted now, so I want to go back and rest.”

Chen Zetao chased after her, unwilling to give up. “Once we came back after wrapping up the film, you disappeared without a trace. President Fu was so worried that he had even called the police. However, when the police questioned him later, he simply said that he’d made a mistake. Then, were you actually kidnapped, or did he really make a mistake? The two of you were clearly still affectionate before and during your stay on the island. Yet, the moment you both left, things turned out like this. You guys left the night we were having the wrap party, without waiting for, or notifying the crew. I want you to give me a proper explanation.”

This chain of questioning had caught Lan Jinyao off guard.

She then said with a voice carrying a hint of coldness, “If you want an answer, then you should go ask Fu Bainian and not me!”

As soon she finished speaking, a man passed by, and a cup of hot tea was abruptly spilled on her arm. Lan Jinyao subconsciously let out a shriek in response. Upon seeing this, the man immediately bowed his head and apologised. “I’m really sorry about that. The cup slipped out of my hand.”

Fortunately, the tea wasn’t hot, or else she’d have been burned.

After offering his apologies, the man lowered his head and scurried out of the teahouse.

Lan Jinyao stared at the entrance for a short while before she stood up and said, “I’ve got to go now.”

Chen Zetao also stood up and nervously asked, “Are you all right?”

The skin on her arm had turned somewhat red and was slightly painful at first, but it didn’t hurt anymore.

She then took her handbag and walked out of the teahouse. Watching her departing figure, Chen Zetao stubbornly said in a low voice, “I’ll certainly ask Fu Bainian for an explanation. Meimei, I want to know exactly what you’ve been through; I’m truly worried about you.”

Hearing this, Lan Jinyao halted her steps for a moment, but she didn’t turn around. Instead, she once again started walking away.

Chen Zetao had better do as he’d said and seek out Fu Bainian for an answer. This way, Fu Bainian could think things through again.

Half an hour later, Lan Jinyao had finally arrived home. Initially, travelling from the teahouse to the manor only took a few minutes by car, but she’d dilly-dallied, and it had taken her half an hour instead.

Jiang Cheng was sitting on the sofa, and there was a man standing in front of him with his head lowered. Although the man had changed into a different set of clothes, Lan Jinyao still recognised him. He was the man who’d ‘accidentally’ spilled tea on her in the teahouse.

“Come here!” Jiang Cheng softly beckoned her over without any hint of emotion on his face.

Lan Jinyao conceded and quickly walked over to his side. She hadn’t said anything out of the ordinary to Chen Zetao today, so even if she had to face Jiang Cheng right now, she could do so with a clear conscience.

“How did your day go? Do you feel better now?” asked Jiang Cheng, his voice suddenly warmer.

At this moment, Lan Jinyao felt slightly puzzled because she thought that something was about to happen, but she couldn’t quite grasp what was running through Jiang Cheng’s mind. Even if she looked him in the eyes, she couldn’t see anything. His gaze was dark and profound, seemingly containing a lot of hidden thoughts and feelings.

Lan Jinyao quietly responded, “Yes, especially after going out and meeting other people.”

She’d made sure to accentuate the words ‘other people’, stressing that she was almost bored to death for staying in the manor for too long. But, Jiang Cheng acted as if he hadn’t heard that part and simply nodded his head.

Following that, Jiang Cheng grasped her hand and held it in his. Her fair skin, which had been slightly scalded, was still a little bit red. Lan Jinyao wasn’t particularly concerned about it, but Jiang Cheng, on the other hand, instantly frowned upon noticing.

Seeing the seemingly heartbroken expression in Jiang Cheng’s eyes, Lan Jinyao’s lips curled up into a cold smile. There were currently no outsiders here, so for who was he putting on this show? Back then, he’d drugged her without the slightest bit of hesitation, and he’d also seen her wail in pain with his own eyes at the hospital. How come she hadn’t seen him show any trace of heartache then?

“I’m okay. I’m not that delicate!” Lan Jinyao said as she held back her anger.

At this moment, she’d already calmed down. Blindly angering Jiang Cheng wasn’t a rational thing to do, so she’d decided to change her approach this time. Besides, Jiang Cheng seemed to like her acting in an amicable manner.

“You’re fine with it, but my heart aches for you when I see it. I’ve already found the man who hurt you and brought him here. How do you want to punish him?” Jiang Cheng’s voice gradually darkened as he spoke.

It was then that Lan Jinyao noticed that there was a fruit knife on the coffee table in front of the sofa. Straight after, Jiang Cheng leaned over to pick it up and held it in his hand.

No matter what that man had done, she believed that it was all committed under Jiang Cheng’s command. If he were punished now in front of her, then in the future, she’d be the one to bear all the accusations. But, if she didn’t punish him, then it would seem as if she’d forgiven Jiang Cheng. If she wanted to pursue the matter of Jiang Cheng sending someone to follow her further, then it would be equivalent to slapping her own face.

Nevertheless, she didn’t want to witness a bloody scene.

“Are you sure about that?” asked Jiang Cheng, one more time.

At this moment, Lan Jinyao no longer wanted to answer his questions; she merely looked away and walked towards her bedroom. As for what the future entailed, she didn’t care anymore. She’d just take things a step at a time.

While Lan Jinyao was laying in bed, she felt somewhat nervous. She was looking forward to seeing what kind of decision Fu Bainian would make. Chen Zetao was a man of action, so he’d surely look for Fu Bainian today. As long as Fu Bainian dealt with the potential danger lurking around him, then she’d be able to avenge her child, fair and square.

That night, Lan Jinyao didn’t manage to fall asleep even after tossing and turning for a long time. When she looked at the time, it was already around ten o’clock. She was worried that what the reporters had recorded at the press conference would be tampered with by Jiang Cheng before it was broadcasted, so she got up and walked back to the living room to watch TV. She assumed that Jiang Cheng was still awake, but he didn’t come out of his room.

Lan Jinyao only felt relieved after she’d watched the news broadcast on all the news channels. Afterwards, she went back to her bedroom with a smile plastered on her face.

This time, after being reassured, Lan Jinyao finally managed to close her eyes. However, this evening was destined to be a chaotic night.

It was around one o’clock in the morning that Lan Jinyao awoke with a start when she’d felt the presence of a dark shadow lurking in front of the bed. The last time this had happened, she’d clearly seen Jiang Cheng’s face and had slapped him. At this thought, Lan Jinyao couldn’t help but sneer in her heart. Jiang Cheng had the habit of visiting her room at night; how despicable!

However, in the next second, she froze.

What/who did she see? :O 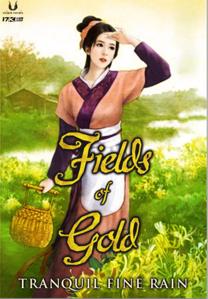