The only landline phone in the manor had been unplugged, and Lan Jinyao’s phone was already nowhere to be found back when she was still on the island. On the other hand, Jiang Cheng always carried his phone with him while visiting her, but she had no way to touch it.

It seemed that Jiang Cheng had given her her freedom, but in reality, he’d cut off all the ways in which she could communicate with the outside world.

Lan Jinyao leaned against the sofa while watching TV and she would, occasionally, curl into a ball. After a few days, she was so bored that she started to feel that she was becoming mouldy from having nothing to do. She practically looked dull and lifeless, as if she’d never seen sunshine before. Her expression was listless, and she didn’t have the energy to do anything; even her eyelids were constantly droopy.

Meanwhile, Jiang Cheng went to work as usual, and as soon as he did, Lan Jinyao would secretly go out for a stroll in the courtyard. Afterwards, she’d return to the living room and sit there like a well-behaved girl before he was back from work. However, the moment she found out that there were surveillance cameras and people following her whenever she went out, she never took a stroll in the courtyard again.

On that very same day, Li Qi came to visit her.

Li Qi followed behind Jiang Cheng into the living room. After glancing at her once, Jiang Cheng proceeded to his study. It seemed that he was giving them some privacy to talk. But, when Lan Jinyao looked up and saw the surveillance cameras installed in the four corners of the living room, she couldn’t help but let out a cold sneer. In this manor, she’d no longer had any privacy the moment she’d stepped in, so why did Jiang Cheng need to put on such an act? The cameras were so obvious that they were impossible to ignore.

When Li Qi saw her, there was a look of surprise in his eyes. But, as soon as he sat down on the sofa, that look of shock disappeared completely.

“Meimei, I haven’t seen you for only a few days…how come you’ve lost so much weight? You used to be a fatty who was twice my size! Yet, now you look like a toothpick as if you could be blown away any moment with the wind.” Li Qi looked at her with a sad look on his face, and then he lowered his voice and whispered, “Is that man mistreating you? If so, I’ll take you away immediately.”

“Jiang Cheng specifically came to look for me today, and at that time I already knew that he was up to no good. You poor thing, how did you end up like this?”

Lan Jinyao coldly humphed before saying, “He didn’t mistreat me physically, but the mental pain he’s caused me is quite severe.”

Seeing Jiang Cheng’s face every single day was torture for her.

Li Qi patted her on the shoulder and consoled her. “But, this is the path you’ve chosen yourself, so no matter how hard it is, you have to persevere and don’t give others a chance to laugh at you. The news of your divorce has already spread throughout the entire entertainment industry, and you’ve now been labelled as having an extramarital affair. I’m afraid that you won’t be able to rid yourself of this label for a while.”

“An extramarital affair?” Lan Jinyao asked, somewhat puzzled. However, she soon realised that all this must’ve been a part of Jiang Cheng’s scheme because Fu Bainian would never do something like this. As for why Jiang Cheng did this…it was actually quite obvious. It was to leave her with no leeway and, additionally, it was to make her misunderstand Fu Bainian. Jiang Cheng had always been this kind of scheming person.

“Li Qi, how much do you know about the matters between the three of us?” From what she’d heard Li Qi say so far, it seemed that he didn’t know anything and was totally clueless about the current state of affairs.

Upon hearing this, Li Qi’s sad expression was replaced with an embarrassed one as he responded, ”Neither too much nor too little…everything that the media knows, I also know.”

Seeing him like this, Lan Jinyao understood that he didn’t know anything. Hence, Jiang Cheng had allowed him to come and visit her.

“Have you ever considered that what the media knows is not necessarily the truth and that they merely wanted to publish something that can captivate the public’s attention? As for whether it’s the truth, does it matter to them?”

Lan Jinyao didn’t make her words that obvious. She believed that since Jiang Cheng had brought Li Qi here, he’d already known that she wouldn’t say too much.

Li Qi, on the other hand, stared at her with a face full of disbelief as he said, “If that’s not the truth, then why are you living together with President Jiang? And, why is it rumoured that your and President Fu’s child is no more?”

At the mention of her child, there was a slight change in Lan Jinyao’s expression.

“What happened between Fu Bainian and I…we’ll handle this matter ourselves in an appropriate manner. I believe that his thoughts are the same as mine.”

Li Qi half-understood her words and nodded. “Meimei, your words are becoming all the more profound these days! And, I don’t quite understand what you’re trying to say.”

“You don’t need to understand. You just need to know that my heart is with Fu Bainian and that I miss him a lot. Did you know that he’s actually a very careless person? Sometimes, when there’s someone stalking him, he’s not even aware of that.”

“Someone is stalking him?” The doubts in Li Qi’s eyes deepened as he listened.

Lan Jinyao said no more because the study’s door suddenly opened, and Jiang Cheng walked out. Upon seeing this, Lan Jinyao immediately said, “Do you know why I lost so much weight?”

“Didn’t you just say earlier that it was because…President Jiang tortures you psychologically?”

Lan Jinyao immediately interrupted him again, “My mood hasn’t been so good these days. I don’t have any work to do, and I can’t go out. Li Qi, if you’re free, you must come more often and keep me company. It’d be best if you could bring Xiaolin along as she’s a very lively and energised person. You guys can then tell me more about the interesting and fun things that have been happening these few days.”

Xiaolin was, after all, a quick-witted girl. Li Qi was smart, but he wasn’t scrupulous enough.

“Okay, that girl often reminisces about you in my presence, but I couldn’t reach you at all. Even when I called President Fu, he just indifferently replied that he didn’t know. It was only when President Jiang suddenly came to pay me a visit today that I managed to find you, so I came here right away and didn’t have enough time to call her.”

When Li Qi saw Jiang Cheng coming over, he immediately asked, “Although Meimei is recuperating at this moment, President Jiang surely wouldn’t mind if I bring someone along with me next time, right? Look at how thin Meimei is now! When I see her like this, my heart aches for her.”

Upon hearing this, Jiang Cheng nodded unwillingly. It was quite apparent that he didn’t want to agree to Li Qi’s proposal, but he had no choice but to accept.

At this moment, Lan Jinyao’s thoughts were filled with the words that Li Qi had said about Fu Bainian’s indifferent attitude towards her. Her expression looked somewhat dazed, but also a bit depressed.

That day in the hospital, Fu Bainian was obviously very sad when she said those hurtful words to him. Yet, he didn’t even ask her for an explanation and simply turned around and left, walking away neatly, without a trace of hesitation.

What if Fu Bainian was truly angry with her and didn’t want to hear others mention her anymore? What should she do then? It was all her fault…she couldn’t even protect their child.

“Li Qi, Meimei needs to rest now, so come again another time!” Jiang Cheng sat down next to her and started to shoo Li Qi away.

Lan Jinyao had initially wanted to chat with Li Qi a bit longer, but Jiang Cheng was sitting beside her, so she said no more and dismissed this thought.

After Li Qi had left, Jiang Cheng gently asked, “Are you feeling a little happier today? I’ve finally seen you smile. You’ve seemingly not smiled like this for a long time.”

Lan Jinyao had also noticed that she hadn’t smiled for a long time.

“How do you expect me to smile when I have to look at this face of yours every day?”

After saying this, she stood up and walked towards the courtyard. The sun was currently shining brightly. It seemed that she could make use of its brightness to get rid of the gloom surrounding her. 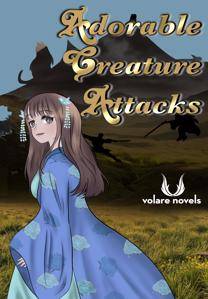 The Strong, The Few, True Cultivators on Campus
Advertisement