A week later, Fu Bainian finally returned from his business trip. Unfortunately, Lan Jinyao was the last to know about his return. Moreover, she only found out about it from Li Qi when he casually mentioned it. After Fu Bainian had come back from abroad, he immediately checked-in at a hotel near the company; he didn’t go home.

In the following days, that woman would repeatedly hover around Lan Jinyao’s place. It seemed as if Yin Yun wished for Lan Jinyao to quickly move out so that she could marry Fu Bainian. In the beginning, Yin Yun would still act friendly towards them, but afterwards, she became all the more arrogant and didn’t bother to conceal her feelings for Fu Bainian in the slightest.

Sometimes, Fu Changning would stay over, and as soon as Yin Yun came over, Fu Changning would answer the door with a kitchen knife in her hand, scaring Yin Yun so much that she would flee in defeat. At first, her actions had also startled Lan Jinyao, but then Lan Jinyao realised that Fu Changning was just playing around to scare Yin Yun away, so she didn’t care too much.

Following that, Fu Changning basically moved in and accompanied her day and night.

However, Lan Jinyao’s mood was getting worse every day. She would sometimes think about things that she’d never thought about in the past. She shed tears over the changes of seasons and had lost quite a lot of weight over time. Chen Meimei’s weight in the past probably equalled thrice of her current weight.

One morning, Li Qi called her and worriedly asked, “Meimei, do you want to get back to work? At least work can numb your nerves, and you won’t be so upset like you are now.”

Li Qi slightly grunted as he replied, “Who in this circle wouldn’t notice that news report? The Internet is currently in an uproar, so it’s difficult for one not to know about this. I went to our PR department to ask them about this, but they said…”

“They said that it was Fu Bainian’s intention, right?” She had already guessed that that was the case. Otherwise, which artist would be so daring to brazenly get into a scandal with their Boss and make it known to all? If Fu Bainian didn’t allow this, who’d dare to do this? Not even the PR department dared to handle this matter.

“That’s right, Qian Ran said that as soon as President Fu came back from abroad, he immediately checked-in at a hotel nearby the office and stayed there... Meimei, do you want to come back to work?”

After a moment of silence, Lan Jinyao told him, “I’d like to take a break for a while, so don’t arrange any work for me.”

I know what your Brother needs. What he needs is a warm family, not a wife who only knows how to act.

Yin Yun’s aggressive words echoed in her ears, making her heart ache. Yin Yun was right. Fu Bainian had long asked her whether her vengeance was more important than her future happiness. And now, due to her obsession with revenge, she’d ruined her future happiness with her own hands, yet Shen Wei’an was still at large.

Lan Jinyao questioned if she regretted her decision, but she was unable to find the answer.

After Li Qi acknowledged her words, he told her not to feel so down because the affection between a husband and wife was like this, so she shouldn’t worry too much as things would turn out fine later. After he gave her a few words of advice, he was about to hang up the phone when Lan Jinyao stopped him.

Lan Jinyao quickly asked, “Li Qi, could you please give me Fu Bainian’s room number? I want to find him and talk things out.”

“Okay, I’ll ask Qian Ran about it later for you.” Li Qi then added, “Do you want me to accompany you there?”

“I’ll let you know when the time comes!” Lan Jinyao then hung up the phone.

Li Qi’s execution was swift, and very soon Fu Bainian’s room number was sent to her. After Lan Jinyao got the room number, she didn’t inform anyone and went to change into another outfit, leaving armed to the teeth. She was going to find Fu Bainian at the hotel and on the way there, her heart was beating uncontrollably due to anxiety. Fu Bainian had a home of his own, so why would he stay at a hotel? If he didn’t want to see her, then she could move out.

When one acted on impulse, they could easily make the wrong choice, so Lan Jinyao desperately thought: Don’t be impulsive, don’t be impulsive. She placed her hand on her abdomen and told herself, “Fu Bainian will like this child for sure.”

When Lan Jinyao arrived at the hotel, she didn’t remain long on the first floor and instead rode the lift to find Fu Bainian. She then arrived in front of his room and rang the doorbell.

Not long after, the door was opened, but the person standing in front of her was Yin Yun. When Lan Jinyao saw that delicate-looking face before her, her head started to ache. This was clearly Fu Bainian’s room number, so why was Yin Yun here?

When Yin Yun saw her, a trace of panic flashed in her eyes, and she subconsciously wanted to close the door, but Lan Jinyao was quick on her feet and prevented that.

“Is Fu Bainian in there? Let me in now!”

Yin Yun blocked her path and coldly said, “Fu Bainian isn’t here, this is my room. I won’t let you in.”

The sound of running water could clearly be heard, so there must be someone inside. Lan Jinyao tried to push her way in, but Yin Yun was on guard, and since she was worried about hurting her child, she didn’t dare use too much strength. In the end, she had, unexpectedly, not moved even a step forward.

Lan Jinyao slapped Yin Yun across her face, and Yin Yun glared at her and was about to fight back, but Lan Jinyao quickly pushed her aside and entered the room.

Then, in the next second, it seemed as if time had stopped and all the air in the room seemed to be gradually dissipating. Lan Jinyao stood there frozen on the spot and stared at the man who’d just come out of the bathroom in a bathrobe. At this instant, she felt like a fish out of water that lacked oxygen and feeling like she was about to faint.

Fu Bainian’s expression was indifferent, but he didn’t look her in the eye.

“Were you looking for me?” he dully asked as he walked to the bedside and sat down on the bed. He languidly leant against the bedhead, holding a magazine in his hand; he was unusually calm.

“Fu Bainian, do you know what you’re doing?”

She asked through gritted teeth, trying hard to hold back her tears.

Fu Bainian looked up and swept her a glance before shifting his gaze away again. “I know exactly what I’m doing,” he said. “Things are as you have seen, what else do you want to say? If you don’t have anything to say, then quickly get out of here. I need to rest.”

Lan Jinyao just stood there, not moving an inch. It seemed as if her feet were glued to the spot. “Fu Bainian, why are you driving me away? Is it because of this woman?”

Yin Yun walked over and tried to pull her towards the exit. “President Fu already said so himself, so why are you still dawdling? How unsightly would it be if you don’t hurry up and leave? To think that you have so many fans. If news about this travelled then your image and reputation would be ruined.”

The tears that Lan Jinyao had tried to hold back finally streamed down her cheeks.

She seemed to be crying all the time these days, which was quite unsightly; and this was all because of the man standing in front of her. 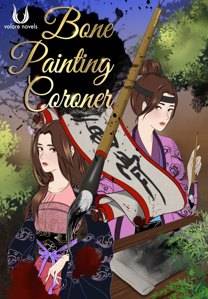