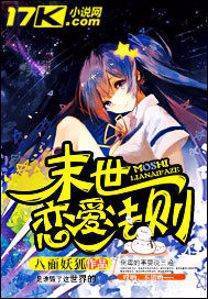 Love Code At the End of The World

Note: This novel is currently being released on Wuxiaworld

Sixteen-year-old Luo Bing makes a playful prayer and ends up crossing time and space to land on Kansas Planet, right when Kansas Planet is experiencing the end of the world.

Clueless about this alien world, Luo Bing is terrified. Fortunately, Noah City gives her sanctuary and she eventually gets a chance to explore this new world.

The end of the world is marked by extreme scarcity. Ubiquitous radiation has heavily limited the food, water and resources, and danger lies at every turn. As a result of this extreme environment, some humans have evolved and developed superpowers, while others have turned into monsters and even spirits. Humans who naturally possess an anti-radiation constitution are called radiationers. Most of the radiationers have unique superpowers, and they are referred to as metahumans.

With no clue on how to return to her own world, Luo Bing is stuck here and must survive against all odds. Armed with the combat skills she has learned from her dad and her newly developed superpowers, as well as help from the guys she has developed feelings for, can Luo Bing save this strange new world?

7 Book 7 - Survival Code For The Queen