Discover these hidden gems with us!

I have exciting news! Volare is going to be dual hosting Genius Detective and Love Code at the End of the World! These novels are REALLY GOOD. Do not judge a book by its title or cover. Give at least ten chapters a try!

They are already available to read on Wuxiaworld, but we will be bulk releasing here (bit by bit)!

We follow the story of Song Lang, a genius in the police field, who due to unfortunate circumstances caused by his mortal enemy, now assumes the identity of a driver named...

Will you preserve your culture?

I was hanging out with some friends and we were having an interesting discussion on life. Suddenly, Jack asked, “Do you think you can preserve the culture once the language is lost?” I was surprised. I’ve never thought about it.

There were a number of questions running through my head. For instance: Have I preserved my culture? What do I even do? What are my beliefs?

Then, I realized aside from teaching my kids how to speak Cantonese/Mandarin and read Chinese, I have nothing else I plan to carry down to my future generation (if I were to have kids in the future).

I mean, I personally don’t follow traditions unless I am forced to. The only time I pray and put incenses up for my ancestors is when I’m in China.

I’ve done things such as leaping over fire, praying and bowing in different directions of the house, as well as burning fake money to my dead ancestors.

Yet, I have no intentions of carrying on these traditions. To me, I do it out of respect for my elders and relatives. But if I were to have kids, am I going to teach them or do these kinda stuff?? The answer is no.

Do I feel bad? Not really. I think it’s because these values and traditions do not matter to me. It’s sad to say, but I think they’re usually too extreme.

For example, in the Chinese culture, women who give birth are not supposed to shower and go out for 30 days after delivery. The reason being is that after delivery, the woman’s body is at its weakest. Hence, it is necessary for the woman to avoid “wind” and not get “wet”.

I think in order to follow these traditions, you have to be super hardcore.

Another example is carrying red pocket envelopes and giving it to people whom you encounter or see during Chinese New Year (usually to the children of the people you know). However, personally, I don’t want to be expected to give your kids money just because I know you and we end up bumping into each other (sorry, I’m cheap. Haha). It is quite normal though, in the Chinese culture. It’s considered rude if you do not do so.

The only thing I would do is to teach my children how to read, write, and speak the language (to the extent I am capable of). Culture is kind of irrelevant to me, but I feel like if I do not pass on my knowledge of Chinese to my kids, then it’ll disappear forever.

Some of my Chinese friends have parents who speak English, and as a result, they can only speak one language -since that’s all they’ve spoken at home. I think it is such a pity because their future kids will most likely never be exposed to Chinese.

This actually makes me quite sad because, I, as a second generation, already do not care about preserving my Chinese culture. What’s going to happen by the third generation? Would they even speak the language? Or will all be lost eventually? 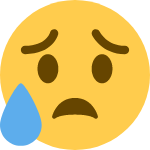 As for my answer to Jack’s question, I don’t think it’s possible to preserve culture without the language. Even with the language, I feel like I won’t preserve the culture.

What are your thoughts? Will you preserve your culture?

I'm still posting up old posts from the old site. XD Sorry I'm so lazy and slow. Eventually, there will be new posts!! Haha I already have a few topics in mind :)