Happy Lunar New Year! The Year of the Rabbit! Do we have any bunnies in the house?   I hope you’re all having a safe and productive 2023! Today, I have interviewed Choco Lily! Choco Lily has been reading on our site for years! I recalled six years ago, she wanted to write a novel about us, and asked if I could be part of her story.

I, of course, said yes! I ended up getting a pervy role, but I quite like it. Hehe. It’s called beauty appreciation! *flips hair*

Here is a snippet:

Do you act differently online compared to real life? 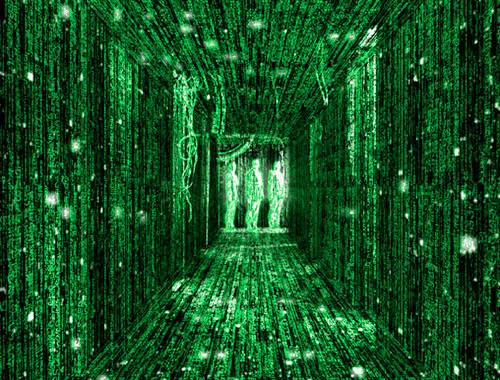 Today’s blog post is inspired by the book, “Ready Player One” by Ernest Cline. (They made a move out of it last year too!)

My friend Dan lent me this book, and to my surprise, I actually loved it! Normally, I would never read something like this because:

But despite this, the book was very well written. I’m not going to tell you what it’s about (Read it for yourself if you want to find out), but something from the book triggered me to write this post.

I want to talk about the virtual world.

Now, what is the virtual world?

Wikipedia defines it as a computer-based simulated environment populated by many users who can create a personal avatar, and simultaneously and independently explore the virtual world, participate in its activities and communicate with others.

What I found interesting was that for some people, the virtual world is actually better than reality.

In a game, you can always restart if you lose.

Play it again and again. And eventually, you will get better.

In a game, you can create your avatar to be like someone else.

You can control what you look like, what abilities you have, and so on.

No one actually knows who you are, so you can say whatever you want and remain anonymous.

In a game, people can temporarily escape from their real problems and immense themselves into a world where they have total control.

I found this very interesting because I personally never found gaming intriguing in any way. I couldn’t understand why people would spend hours and hours gaming their life away. I mean, I knew they were enjoying themselves….but I failed to see what made it so enjoyable.

However, after reading this book, I feel like I can understand now.

It’s as if you are given special powers. You have an important role, and you want to solve and complete the quest to save the world.

It’s like feeling you belong somewhere. People need you.

But, when is it too much?

Sometimes, a person is totally different from the person he/she portrays online.

Ever since I started translating, I’ve noticed that a lot of readers and even translators prefer using anonymous usernames or names. I assume it’s because they do not want others to know their real identities (which is totally understandable). But what happens when/if you’re so attached to your identity online that you isolate yourself from the real world?

My question for you is: Do you act differently online compared to real life?

Hey guys! LOL I am still posting my old posts. Sorry I'm so slow. I'll try to post 2 posts a week so I can post newer ones sooner. :P

NOTE: We have a Q and A on the volare discord channel for CONSORT OF A THOUSAND FACES in 4 hours! Come join us if you want to hear some live reading, answers, and singing! I'll be singing tonight! ;)