Dear Grace, I want to give up on my friend. What should I do?

This is something that has been weighing down on my mind for a few months, and I'm really on my wits end. I've tried my best, but this is it, I no longer know how to deal with this situation.

My friend's father suffered from a condition that... Let's just say, made it no longer possible for him to work and provide for his family. And this is during the early days of the pandemic where the nation is still under lockdown. Needless to say, the financial situation of the family of my friend (whom I'll refer to as Peter in this story), suffered a heavy blow. And during this period of time that is probably the lowest point of his life, his girlfriend, who learnt of his father's affliction, abandoned him. She would not respond to his messages, and ghosted me and a mutual friend of ours (Oliver) as well.

As much as Peter refused to admit it, the action of his now-ex hurt him deeply. He was dealing with his father's illness well, and was working hard to make up for the finances of his family. He remained strong, and we can see that. But the action of his now ex is probably the straw that broke the camel's back. It's almost like a switch getting flicked. Peter's attitude immediately changed. He became very negative, even to the point of being borderline suicidal.

Now Oliver and I tried our best to support him to the extent of our capabilities. Of course, with the lockdown that was going on, what we could do for him was really limited. We tried our best to give him counsel, but he just wouldn't listen. For months we talked to him, tried to cheer him on, but it just didn't work. And when the lockdown was finally lifted, we tried to get him to sit down and give him "The Talk". But whenever the topic was brought up, he would keep brushing it off, and would then brood over it later on.

He was not being honest with himself, and we know it. We can see that. He knew that he needed to talk to us about it, but perhaps he don't have the courage to just let his feelings spill. He would keep asking Oliver and I to go to places with him when the lockdown finally lifted. Expensive sushi restaurants, western food, buffet... etc.etc. Almost every week. Even I am feeling the strain on my wallets after a few outings. Every time when it feels like he's finally about to have open himself up, he hesitated and decided against it. It's painfully obvious, but there's nothing I can't do. Can't just force it out of him.

And when Oliver finally had enough, got fed up, and actually told him off, he stopped asking us out. The negativity stayed of course. I've tried to be supportive for as long as I could, it's been 7 months since then, but even I am tired at this point. I barely responded to his messages (he would always pester either one of us trying to get us to do his uni things for him.. even registering his subjects for him.. things that his ex would do...) His negativity is taking a toll on me. I can't deal with it anymore. I have my own stuff to worry about. I'm feeling like giving up on him.

Am I being an asshole for giving up on a friend? What should I have done? What can I do from here onwards? It's really frustrating trying to help someone who at least in my perspective, is too stubborn to help himself. Is it wrong if I just... Stop trying?

First of all, I want to thank you for contacting me! Haha! I haven’t gotten any questions in a very long time. Thanks for being a reader of mine! <3

In regards to Peter’s behavior, I really feel like it’s normal. Watching a loved one slowly lose their abilities to take care of themselves is extremely devastating. The mental strain is just so overwhelming and painful. Not only that, Peter has to figure out how to pay for the treatments and provide for his family as well. With his girlfriend gone, he probably feels like there’s no end to the tunnel.

In my opinion, Peter relied too heavily on his ex. If she did everything with him, then the feeling of loss is even greater. If she was his only source of ‘happiness’, then it will be very hard for him since he is constantly reminded that she’s no longer in his life.

While I’m not sure why she left him, she might’ve lost feelings and decided that her future would be better off without him. Or perhaps, the financial strain was too much for her to deal with. Or maybe she found someone else that fit what she wanted more. I cannot speak for her.

However, as we grow older, our priorities do change and our life experience also changes us. What we want now may not be what we have wanted in the past. At a certain point, emotions are just one aspect of the relationship.

While money isn’t everything, if she is at the point where she is planning to settle down, she might consider whether Peter is financially independent and a good life partner. Would being with him improve her life, or make it worse? Is she willing to support him financially if needed?

Those questions probably went through her head, regardless if finance was the main cause of her departure.

After this experience, Peter may be afraid to ever trust and love someone so much again.

In terms of helping him, I feel like he needs to regain his confidence again. I’m not referring to the type of confidence you need to approach someone. Instead, I am talking about the confidence that things will eventually be ok and that he will get through this.

While he cannot control what has already happened, it doesn’t mean he has to live a life of misery. He needs to first accept everything and then focus on the things that he can control.

Ex. Peter cannot control his father’s illness, but he can spend more time with him and give him as much support as possible while his father is still alive.

Peter cannot control his ex for leaving him, but he can meet someone else in the future. (However, he has to be willing to do that).

Peter needs to see progression in his life. Seeing progress helps, because then you realize you have the ability to make a difference.

But in order to see progress, consistency is crucial. Hence, Peter needs to do something regularly that he enjoys and see progress. It must be something he actually cares about though. He needs a purpose.

He may need you guys to keep him accountable at the beginning though. He may not be driven enough to do anything.

If you think it’s too much work and he just doesn’t want to do it/listen, then perhaps leave him alone and see if giving him space will help.

Remember, you can’t force anyone to change. They have to want to do on their own. If he’d rather stay miserable, then there’s not much you can do. Just let him know that you’ll be there to support him if he wants help.

Ultimately, it is really about the mindset. If Peter wants to be happy again, he needs to change his behavior and the way he thinks. He has to understand that nothing will change unless he changes. If he only sees himself as a victim, then he will always feel powerless and depressed. 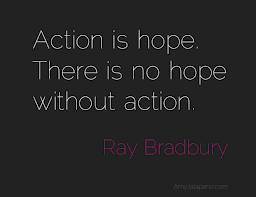 I hope this helps.

P.S. The girl probably stopped talking to you and Oliver because she sees you guys as Peter’s friends. Most likely, she wants a clear cut and doesn’t want you guys to try and influence her decision.

Thanks for reading! If you have an issue you want my advice on, feel free to contact me at [email protected]

I'm the translator of The Eunuch Is Pregnant, Your Highness, I know my wrongs, Supernatural Girlfriend, Unruly Phoenix Xiaoyao (270-end), and Killer Nights (122-end)

If you guys like romance and comedy, I highly recommend you to check them out!! (Killer Nights is a romance mystery though, more on a scarier side).