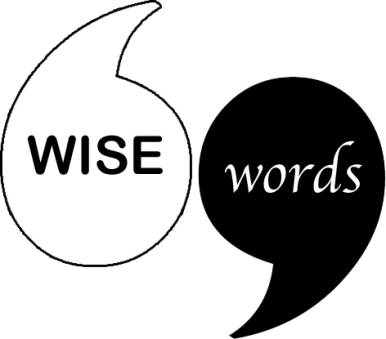 For today’s Grace Time post, I would like to share a true story with all of you. This post is about a boy whom I used to tutor. I will call him “Richard” to keep him anonymous.

Richard is a family friend and I’ve known him all my life. I am nine years older than him, and I am also friends with his older brother. Due to our big gap in age, I have actually seen him crawl around his house in diapers.

When he was around 8, I started tutoring him because his mother had asked. Although he was only in Grade 3, Richard was already struggling a lot in school. He was diagnosed with a learning disorder as well as ADHD (Attention Deficit Hyperactivity Disorder). He couldn’t sit still nor pay attention in class.

It was very, very, VERY difficult to tutor Richard. We would literally read a paragraph together and I would ask him, “Okay, what is this paragraph about?”

I was so frustrated, “HELLO!!? We just read it like less than a minute ago! How can you forget everything so fast?”

It drove me nuts because he couldn’t retain anything. (I knew he had a learning disability, but I was still frustrated)

It wasn’t that I wanted to force him to learn. However, without strong reading comprehension skills, he would be doomed in our education system.

Even if he could get away with poor reading skills in Elementary School…once he gets into High School, there is no way he could survive if he cannot remember anything he reads.

Therefore, I tried really hard to make him learn.

I wanted him to memorize and understand the meaning of one word -just ONE word per day, yet he couldn’t even do that. (I had a list of words written down).

He told me, “Grace, you expect too much from me. I have a learning disability.”

I was angry. “You make no effort! And don’t give me excuses. It may be harder for you, but you can do it! Helen Keller was BLIND AND DEAF, and she still learned how to read (braille).”

He couldn’t argue back.

Fast forward to 8 years later, Richard is in High School now. He managed to learn how to read but is still struggling tremendously in school.

However, my perspective of Richard has totally flipped. Despite his terrible grades, I think Richard is a genius.

In fact, some of the things he says are so powerful and amazing that I now carry a notebook whenever I am around him.

Here are some of his deep words:

“In the future, I want to be an animator. But I don’t want a lot of dialogue. I want the pictures to do all the talking. Because….the most powerful things are not said, but felt.”

“You can’t change the past, but you can do something differently today.”

“Do you know what Nazis, Communism, and Capitalism have in common?”“What?” I muttered. I never thought about it, and I didn’t care. “They all believe that their idea will create the best future.”I stared at him in astonishment. Who thinks of this stuff when they’re 12?? (He was 12 at the time)

“Without sadness, there is no concept of happiness.”

“War is inevitable. People will always want more. Be it power, money, or resources.”

So what am I trying to say in this post?? Don’t judge a person by the cover. Perhaps, I am a lot “smarter” than Richard on paper. However, he is so much more than his Grades. He may be terrible in school, but the amount of wisdom within him is unbelievable.

Each time I see him, I learn something.

So if you ever feel like you’re “better” than someone else, remember that everyone you meet possesses some type of knowledge that you do not have.

You can always learn from people regardless of where you are in life.

I'm still releasing my old stuff. LOL on my original blog, liveandlearn88.com, I've written at least 100 blog posts! Haha. Don't worry, I won't be transferring them all here. I used to blog weekly but now I'm so busy!!! T_T

By the way, I was scrolling on the old comments of this post. A reader said kids are not made to sit inside a classroom and forced learning is no good. I agree, but when you have a traditional educational system, how else can you get a child to learn? Some things have to be memorized. There's really no other way. For example, you would need to learn approximately 3000 Chinese characters in order to comprehend a novel/article. Without memorizing, you'll never be able to read.

So my question is, how do you learn best? What suggestions would you give to someone who has a hard time memorizing?