Yu Xiaocao had over ten years of experience with cooking and making braised foods, but she wasn’t skilled in cleaning and preparing game. She could only help on the side by mixing the seasonings. It has been a while since she last ate meat. (Author note: Did she forget about the meat buns?) Thus, it was extremely hard for her to resist the alluring aroma of the roast hare.

Zhao Han wiped the sweat on his face with his shirt. He couldn’t help but laugh when he saw Xiaocao and her younger brother’s eager expressions, “Be patient. We should be able to eat soon. The wild hare I caught today is quite plump, and it will definitely be tasty!”

The grease from the roast hare dripped into the fire, making a sizzling sound. The blazing flame carried the appetizing aroma of the roasted meat into the air. The smell floated throughout the valley, enticing the siblings’ hunger.

By the time the crispy, golden-brown roast hare was finally ready, Yu Xiaocao was already close to drooling! The siblings looked at the steaming roast hare and didn’t know where to begin.

A smile appeared on Zhao Han’s handsome face. He gently shook his head and took out the sharp dagger that he used to peel the wild hare earlier.

After carefully washing the dagger in the stream, he cut off and gave the hind legs to the siblings. The hind legs were the most tender parts of the hare.

There were two young children, so Zhao Han didn’t add too much spicy seasonings on the roasted meats. He gave each of them a hare’s hind leg, which weighed half a catty each. Then, he added more chili powder and cumin on the remaining meat.

Yu Xiaocao felt really envious when she saw that, so she pestered Brother Han to add some more for her too.  Even if there was only a thin layer, it was still able to enhance the taste of the roast hare. With bright red lips, Xiaocao was covered in sweat as she ate. It seemed like she still needed to slowly train herself to be accustomed with spicy foods.

Little Shitou was eating his non-spicy roast hare leg as he watched his second sister sucking in cold air and tearing up due to the spiciness. He curiously wondered, ‘If eating the chili pepper is so painful, then why were Brother Han and Second Sister still eating it? He seriously couldn’t understand them. They were obviously just torturing themselves!’

The little fellow took a big bite of the savory hare while lamenting that today was even better than the New Year, ‘After eating big meat buns at noon, he was also allowed to freely eat roasted meat in the afternoon. Was this really not a dream?’

By the time they finished eating the roast hare leg, the ‘beggar’s turtledove [1]’ was also ready. When taking off the thick mud, the turtledove’s feathers were also completely peeled off along with the mud shell. The flavors of the bright red jujube and fragrant spices, which were inside the stomach, had seeped into the meat of the wild turtledove. With a fragrant aroma, it had a crisp and tender texture, which easily melted in the mouth.

Xiaocao and her younger brother had both just finished eating a hare leg, but when faced with such appetizing roasted meat, they couldn’t resist eating more. Thus, they ended up eating too much, and were whining while rubbing their bellies.

Zhao Han looked at them with amusement. After plucking a few large leaves, he cleaned them with water and wrapped the remaining meats within the leaves, “Take these roasted meats back home for Xiaosha and Xiaolian to eat. But be careful not to let Heizi see it, or else, he’ll take it all from you guys!”

Yu Xiaocao noticed that he didn’t eat a lot of the roasted meat and asked with slight embarrassment, “Brother Han, you were busy working all afternoon. Why don’t you eat some more?”

“I’m already tired of eating game meat. In my opinion, vegetables and tofu are tastier!” Zhao Han gave her a half-truth reply. In fact, it was considered pretty good if an ordinary family was able to eat meat two times a year. Even for a hunter’s family, it was impossible to eat meat on a daily basis. So, how would he be tired of eating meat?

Xiaocao felt very touched because she knew that he just wanted to save the roasted meats for the Yu siblings. From the corner of her eyes, she saw a fish jumping out of the cracked mouth of the earthenware jar. With a cheerful smile on her face, she said, “Brother Han, try my cooking——special grilled fish [2]!”

It was ‘special’ because grilled fish wasn’t one of Xiaocao’s specialties. In an environment with limited seasonings, she was already rather skilled to be able to make the palm-sized fish crispy on the outside and tender on the inside. It smelled quite good after she sprinkled a layer of cumin and chili powder on top.

“Do you want to taste it?” Yu Xiaocao was confident in her cooking skills, but it was her first time grilling fish directly above an open-fire. So, she was somewhat worried.

Two small whitefish were strung on a wooden stick. Zhao Han went closer and sniffed it. There weren’t any weird smells, so he bravely took a small bite of the fish.

Oh? It tasted pretty good! He originally had doubts about Xiaocao’s cooking skills since she was constantly bedridden and had never done any chores. Was her cooking even edible? However, it was unexpectedly very crispy and delicious. It was savory and slightly spicy, which was quite difficult to make.

“How is it? How is it?” Xiaocao asked with anticipation in her eyes as she grilled another skewer of fish.

“Delicious! Your cooking skills are pretty good!” As proof of his evaluation, Zhao Han took a big bite of the grilled fish skewer.

These little wild whitefish had delicate meat and a delicious taste. Moreover, it didn’t have any small bones. Even if it was used to make soup with just plain water and salt, it would still be very tasty.

Although Little Shitou’s tummy was already bulging like a ball, he was still staring at the grilled fish in Zhao Han’s hands and drooling.

Yu Xiaocao was amused by her younger brother. She tore a small piece of fish meat off the freshly grilled fish skewer and comforted him, “You can’t eat anymore. Be careful of your belly bursting. You’re only allowed to have a taste!”

Zhao Han laughed when he saw Shitou savoring the grilled fish within his mouth. Like a hungry little kitten, he was reluctant to even swallow this small bite of fish, “The three of us are the only ones who know about this valley right now. If you want to eat grilled fish, Brother Han can just bring you here again!”

Zhao Han ate a few skewers of grilled fish and noticed that the sky was getting darker. He took the ceramic pot from Xiaocao’s hands and brought the reluctant siblings back to Dongshan Village.

They didn’t need to take a detour to check on the traps on the way back, so the return trip took twice as fast. Nevertheless, they still missed dinner time.

The Yu Family’s customary rule was, ‘Whoever returns late and misses the mealtime would just have to starve. Don’t even think about preparing a separate meal!’

However, Yu Xiaocao didn’t want to eat the dry pancake and disgusting porridge anyways! She felt more at ease now that she had money in her hands. These nine taels were going to be her capital for earning money in the future, so she must hide them securely.

Zhao Han had planned to send the siblings home, but as soon as they arrived at the village, they saw Yu Hang and Xiaolian waiting for them at the entrance.

“Eldest Brother, Eldest Sister! Brother Han caught a wild hare and wild turtledove. They were really tasty when roasted. I saved a lot of roasted meat for you guys!” Shitou ran over in an obedient manner and shared the hare meat wrapped in the leaves with his older siblings.

Yu Hang gently wiped the dirt off his face, then he gave him a knock on his head and said, “You really know how to curry favor. Since it was Brother Han’s game, did you even ask for his consent?!”

Little Shitou rubbed his forehead and giggled, “It was Brother Han who said to save them for you guys. He didn’t even eat much himself!”

Yu Hang was even more unwilling to take the roasted meat from his hands, “Brother Han, you should take it back for Grandpa Zhao and Auntie to eat…”

Zhao Han glared at him and spoke with a stern expression, “What? You guys call me ‘Brother Han’, so what’s wrong with treating you guys to some roasted meat? If you still have respect for your ‘Brother Han’, then just eat it!”

[1] Couldn't find a good picture of the roasted hare and beggar's turtledove, but here's a beggar's chicken. 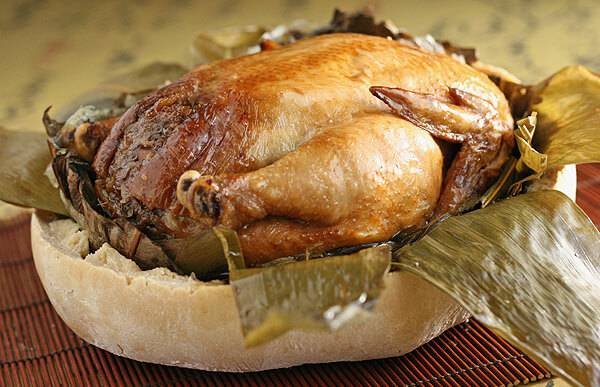 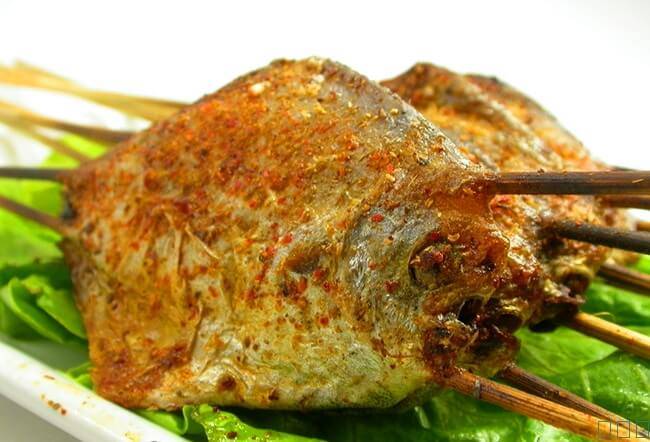 Bookmark
Advertisement
Support FOG!
If you want to support FOG (and other novels on volare), you can now become a VIP member and subscribe to get access to advanced chapters!! There are currently two tiers available for FOG. Thank you for your support!^^
Advertisement
Notice

To clarify a confusion regarding advanced chapters: If you are subscribed to a novel, it means that you will always be X chapters ahead of the latest updated chapter. It doesn't mean that you will be able to get access to X amount of chapters per day. Thank...

There was an issue with site credits, but it should be fixed now. If you didn't get to apply your site credits when subscribing, it should work for renewals.