Please support the translator by reading on volarenovels!

Luo Hongtian didn’t know it at this time, but many years later, an elite team would appear on the mainland. They wouldn’t have many members, but each one of them would be so powerful that the entire mainland would fear them, and even the Three Great Authorities would look up to them…

The people would call that fearsome power the Devil Sect! As if they were bloody spirits, any place they passed through would be stained with fresh blood!

As for the one leading the Devil Sect, who would have thought that it would be the good-for-nothing eldest miss, Gu Ruoyun, that everyone had looked down on back then?

Of course, all of this all happened much later…

“Hahaha!” Luo Hongtian laughed out loud, “Girl, that’s a good goal. This general believes your words. As long as you don’t take any action against the emperor, I’ll make weapons for you.”

Hearing so, Gu Ruoyun smiled, a luminous radiance burning in her eyes.

If it had been anyone else speaking, General Luo would not have taken any notice, and would even have smiled in understanding.

However, who was she?

Gu Tian’s daughter, Gu Shengxiao’s sister! Going by her latest performance, Luo Hongtian understood that it was only a matter of time before the entire dynasty would be toppled…

“Fine, then I’ll make a promise to you as well! If the emperor harms you, then this general won’t protect him and will support your decision!”

Gu Ruoyun bowed slightly while covering her fist with her palm as a gesture of respect. She understood the meaning of this promise. He was indirectly stating the position he would take.

Following that, she turned to Luo Yin who had been waiting at the side: “Luo Yin, I’m staying within Hundred Herb Hall these days. If you need to find me, just go straight to Hundred Herb Hall. I’ve already informed Shopkeeper Zhao that you can see me whenever you come.”

Having said so, Gu Ruoyun smiled and left without saying anything else.

Luo Yin stared at Gu Ruoyun’s back in a faze. Was this still the same girl who would hide behind her whenever there was danger? When had she become this domineering…

“The kirin is not a small fry in a pond, when a storm comes, it changes into a dragon. This girl is fated to be someone out of the ordinary. I have a feeling that her achievements won’t lose to Gu Tian’s. That old man Gu has made the biggest mistake of his life letting go of this granddaughter of his. Yin’er, before long, her talent will be completely revealed and shock the people of the world. Let’s wait to watch the show then!”

Even that old man from the Ling family had discovered how abnormal Gu Ruoyun was. However, her own blood relatives were the only ones still treating her as a good-for-nothing, it was ridiculous!

It would definitely be spectacular!

Gu Ruoyun had just returned to Hundred Herb Hall when she saw a crowd of people blocking the main entrance. A few familiar figures in the crowd caused her to frown.

TL Notes:The greeting that Gu Ruoyun uses towards General Luo is called ‘bao quan’, and it’s something those who watch martial arts movies will be very familiar with~ It’s used to indicate respect.

If you want to read up more about it, try this link (http://martialarts.stackexchange.com/questions/417/what-does-the-closed-fist-covered-by-open-hand-signify). return 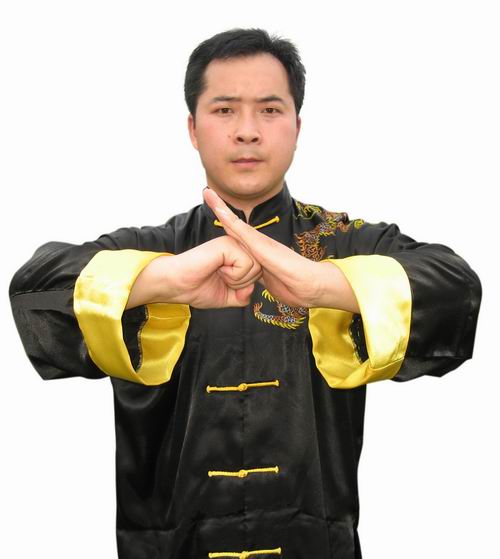