This was the first sentence to emerge out of her pale lips. Jing Rong’s mind was galvanized by her words and left all other considerations aside to become the curious and sole audience for her tale. Ji Yunshu clenched the fists in her sleeves and reminisced in a low voice, “Even now, I can still remember the first time I saw Ji Pei. He stood behind Second Brother and wore a grey robe that had become white from repeated washing. He kept his head lowered and didn’t dare to look anyone in the eyes. He said that he remembered nothing, so Second Brother gave him a name: Ji Pei. That was how he was adopted by my father; that was how he came to Ji Mansion.

A faint smile climbed up Ji Yunshu’s lips as she arrived at this point of the narration. “I don’t know why, but he always liked to follow me around, and, slowly, I grew used to his presence. He was very smart and seemed to know so much about everything. He taught me how to write and how to compose poems. Whatever I desired, he would always try his hardest to bring it back to me. Three years flew by and I will never forget that day, that day in the midst of winter. He stood by a plum tree[1], picked a flower from its branches and looked at me with his beautiful eyes. He seemed like a spirit that would melt away if you just grazed him. He smiled gently and said that the day he returns from the battlefield, he would make me his wife.”

Ji Yunshu had not spoken to anyone about Ji Pei for the last two years; he lived only inside her heart. The name was as much of a taboo for her than it was for the rest of her family; she could not bring it up, dared not bring it up. Jing Rong’s countenance shifted and sank into dejection as he noticed the broadening smile on Ji Yunshu’s face.

Ji Yunshu moved her head and returned to staring at the eaves. Bitterness snaked into her eyes. “But that night, my father, he used that whip of his and flogged Ji Pei mercilessly for third whole lashes. He said that he was a disgrace to the family for wanting to marry his own sister. After the chastisement, Ji Pei laid prostrate, in a pool of his own blood, and could only look at me with bloodshot eyes. I saw only self-reproach and guilt within them. He was scared that he wouldn’t be able to fulfill his promise to me; he was scared to leave me alone. I struggled, but until long after the moment he was brought out of the mansion with his eyes closed, my family restrained me. I could do nothing but watch.”

“The next day, I went to the hill where people usually dumped nameless bodies, and I searched the entire place for him. I didn’t find Ji Pei. I firmly believe that he’s still alive, and that he’ll keep his promise; he will come back and marry me.”

Despite the fact that her own family believed that Ji Pei was dead, Ji Yunshu held onto the two-year promise between herself and Ji Pei. She would not abandon it until the last moment.

Jing Rong remained silent and watched her. He saw her eyes redden gradually; he saw her draw her neck back and bite her own lips until they turned pale. Ji Yunshu turned around and looked at the worn out coffin in which Luan’er rested. She spoke with self-reproach, “I’m the one to blame for her death. If I wasn’t so insistent about keeping that promise, I would have left the Ji Mansion with her a long time ago, and she wouldn’t be where she is right now.” Tears dribbled from her eyes once again, as she became ridden with guilt.

“It’s not your fault,” said Jing Rong. He approached her slowly and extended his arm to catch her in his embrace. He held her quivering body against his own and patted her back softly. Ji Yunshu did not push him away: the little warmth his body provided seemed to be enough to completely repel the biting cold which was invading her own.

“If the future could be known, would the pain of parting from one another ever exist in this world?” Jing Rong’s words lingered in her mind.

‘This man. When he’s serious, even simple things he says are powerful.’ Ji Yunshu tears came to a halt after a long time, and she finally backed away from Jing Rong. She kept her head lowered with determination, took a deep breath and said, “The foremost thing is to find the true culprit behind Uncle Wei and Aunt Wei’s deaths.”

Jing Rong acquiesced. “If Luan’er is found to be innocent, then you will become the prime suspect once more. We need to get to the bottom of this as soon as possible.” His remark reminded Ji Yunshu of the urgency of the situation.

Ji Yunshu said in all seriousness, “I need to make a trip to the Wei Mansion right now. We might find something there. But with the way things are right now, I don’t think that the people there will simply let me in.”Jing Rong lowered his brows and hurriedly answered, “I’ve already been there, and it’s possible that I’ve found what you are looking for.”“What?”“Follow me,” He pulled her by her hand and led out of Memorial Hall, to Grand Canal Manor.

When they arrived, Jing Rong brought a handkerchief, a wine pot and two cups to her. “There’s a wooden shard within the handkerchief. We’ve found it inside the poisoned tea. As for the two cups and the wine cup, they are the ones Wei Yi’s parents used that night, but they have been washed clean, so I don’t know if they are still useful.”

Ji Yunshu opened the wrapped handkerchief and had to search for the wooden fragment because of how small it was. “Do you have any phosphorus powder?”Jing Rong called for a bodyguard. One answered swiftly and he ordered, “Bring us some phosphorus powder.”

The guard returned with the powder quickly enough. Ji Yunshu took a small handful and spread it out onto the wooden shard. Its color immediately changed to pure black.

“There’s poison on this shard,” concluded Ji Yunshu. She then frowned and wondered, “But what is it exactly?” She brought the handkerchief closer to her nose and sniffed it. Although the shard itself was small, the distinct aroma of rice wine was still perceivable. Jing Rong asked, “Did you find anything?”

She dropped the handkerchief and frowned. “Not only is there Pitohui poison on this wooden shard, but it has also been dipped in wine. But…what is this?” She was a little confused, so she picked up the wine pot and wanted to repeat the procedure.

“These have already been washed. Can you find anything despite that?” asked Jing Rong.

“As long as it touched the poison, and they haven’t washed it with sugary water, I’ll be able to find what I want,” answered Ji Yunshu. Nothing happened when she sprayed the wine pot with phosphorus, but when she did the same with the cups, the inner side darkened.”This caught Ji Yunshu off-guard, “How did this happen?” She muttered.

Jing Rong also thought it was unexpected, “There’s poison in the cups, but none in the pot? Did someone add the poison while the wine was being poured?”

‘Well, that is certainly a possibility.’Ji Yunshu nodded and mulled it over, “Then, who was the person who poured the wine for them?”“Let’s go find out at the Wei Mansion.”“Now?”‘I doubt that the people there will just let me go in,’ thought Ji Yunshu.

Jing Rong saw through Ji Yunshu’s worries. “Don’t worry, if I come along, no one will even dare to stop you.”

“Of course, I forgot that I have a ‘Highness’ by my side. He would probably be able to roll into the Wei Mansion if he wanted to. Oh, he can also probably raise the dead, forgot about that.’ 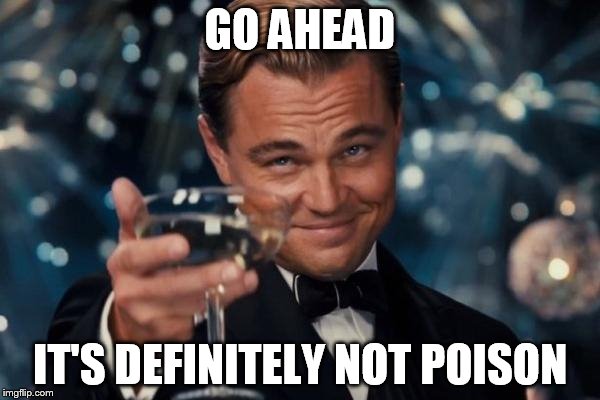