The Dao of Magic book 3 is now available on kindle!

THE DAO OF MAGIC BOOK 3 IS NOW AVAILABLE ON KINDLE!!! NOT ONLY THAT, YOU CAN GET THE FIRST BOOK FOR ONLY $0.99!! That's right! What are you waiting for? Check it out now! 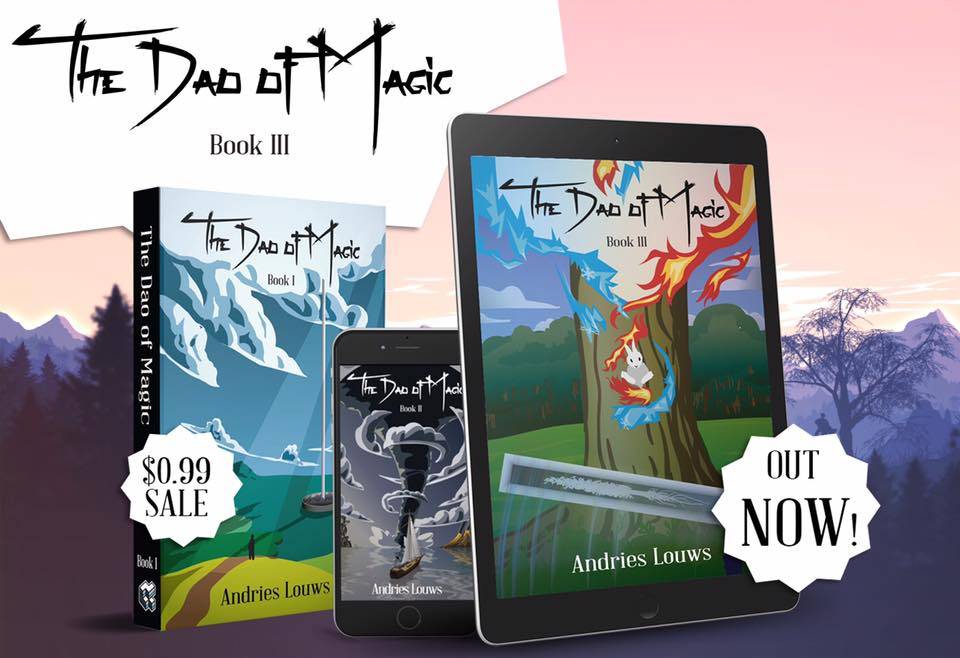 If you haven’t heard of the Dao of Magic before, it’s an original series written by our very own WeirdWhirl (Andries Louws).

Here’s the synopsis for an awesome book we’re sure you’ll all love:

A sea of savage beasts. An ancient order of mages. A looming cataclysm. Now that Drew has become even more powerful by stepping into the Foundation Realm, new challenges await him. He is quietly growing his school and sect, and allowing his students to recruit whoever they want so he can take it easy. Trouble looms as his old mistakes come back to haunt him.

The entire planet is about to be sent down a savage and unforgiving path, and it might be his fault. Monsters are popping up everywhere, packs of deadly animals led by terrible mutants. The worst part? They seem to be steered by some higher power, some nefarious being that holds the reins of the planet.

His students have turned from bright-eyed, eager learners… into lazy good-for-nothings. Whoops. It seemed he was too influential in their development. Teach now has to spend large amounts of time crafting gear for all the new recruits, and the rising tensions are giving him a headache. Teach might just decide to end them all. He had a fresh start once… maybe he should try again?

For those of you who prefer listening, Book 1 is also available on audible as well!

If you prefer to read on volare, then go no further!