We have a new novel!! It’s called, Physician, Not a Consort. Initially, this was a project that I was going to translate after finishing Unruly Phoenix Xiaoyao. But due to many factors, I no longer had time, so I got a team to help me.

I would like to thank Cosy, Ri, Mazu, Chai, Felis, Elaine and House for their hard work. House and Elaine will be finishing the novel! 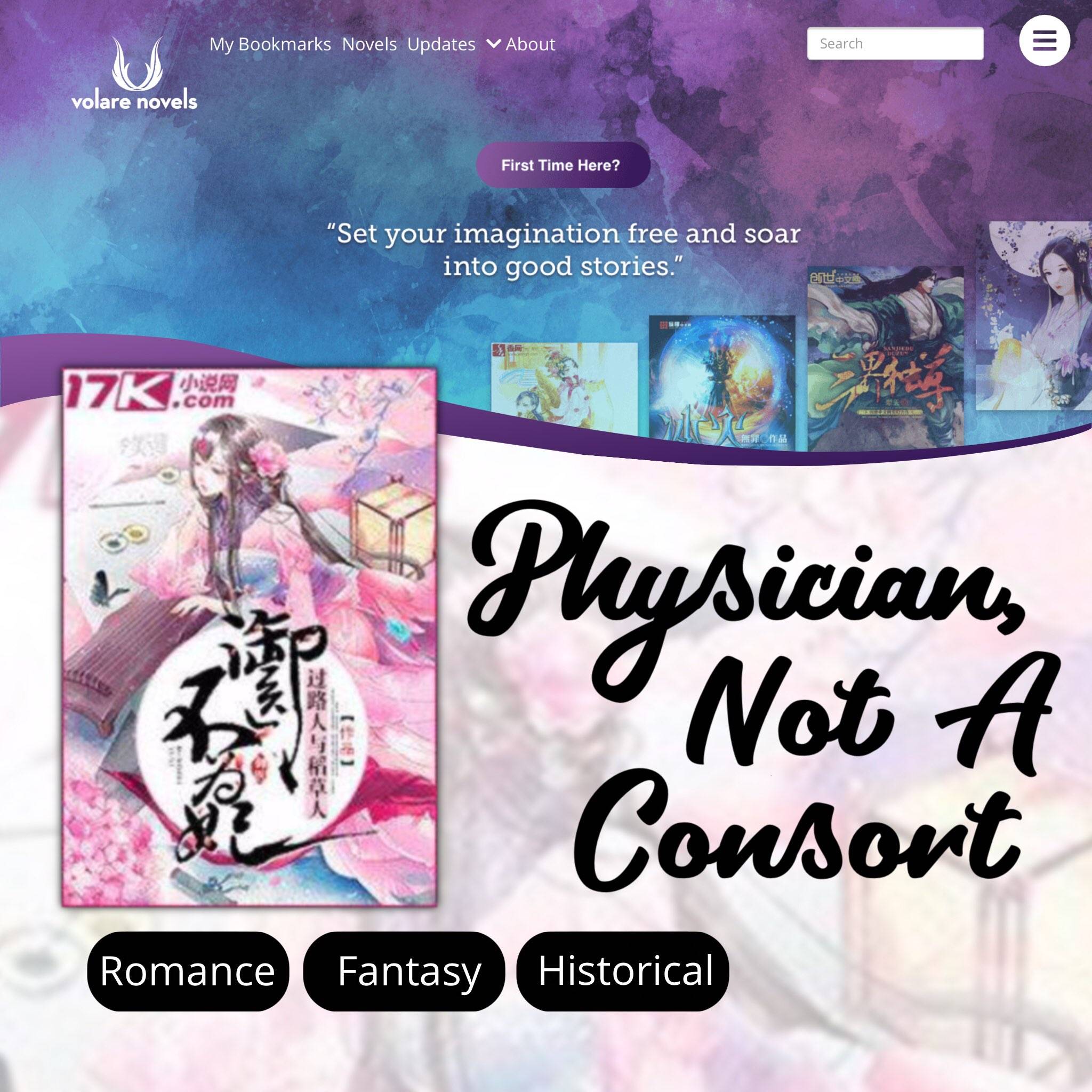 Without further ado, here’s the synopsis:

The modern day doctor Lin Haihai has transmigrated into the body of the sixth princess consort. The woman who had been mistreated her whole life was going to be divorced by her husband, the Sixth Prince, to make room for his childhood lover. Lin Haihai couldn't care less. All she wanted was to start her own hospital and focus on her career. Equipped with her knowledge as a 21st century woman, she soon won over the hearts of the common people, and perhaps a few men's. She didn't need love, of course, or so she thought. Fate had other plans for her, and she found herself falling for a man she shouldn't want, and faced with the choice between love and the greater good of the nation.

Note: House also translated Phoenix Ascending. Do give it a read if you haven’t already done so!