Now let us continue with our interviews! (Read the previous interviews here) 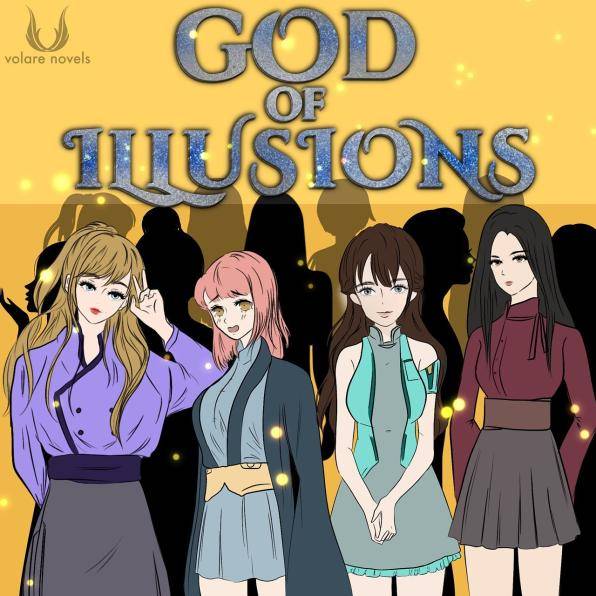 I love kuaichuan (快穿), a type of webnovel in which the MC would transmigrate to world after world once they finish a certain objective in the last one. It's so fun to see the MC grow in different settings in just one novel.

Another of my favorite is strong female MC transmigration novels. Demon Wang’s Golden Favorite Fei is one. I used to be so obsessed with this novel when I first got into the genre. Good clean plot and the writing is so well paced.

You're asking me now? When I totally can't imagine dating anyone else other than my boyfriend? (but if it's 8 years ago I'd say the sweet warm big brother type)

I'm so good at separating myself at work and in personal life that my coworkers and personal acquaintances can't even talk to each other about me without being in denial. Does that count?

Three: Vietnamese, Chinese, English. The first two is my mother tongue so the best way is to put yourself in the mother country of that language you want to learn and start like a baby.

English is something I learned very late. In order not to let it rust, I always find ways to practice where possible. That's actually one of the reasons why I applied to Volare :D

If you were a superhero, what kind of superpower do you want to have? Choose one!

I used to think invisibility, but now I think foresight.

The MC seems interesting. He's not stingy with sharing with those he considers his people and he genuinely wants them all to be happy and grow. But he gets a bit of karma too, which I think is kinda more funny. It adds to the story instead of MC beats bad guys.

What do you like the most and least about editing?

Reading through it and finding that it reads smoother after editing. (IE the end result.)

Reading through it and finding a pain to understand. Then I usually try and guess as to what it's supposed to mean. It helps when you have a really reliable translator that communicates well with you. AKA Mo Ly :>

Get to know the ROF team! 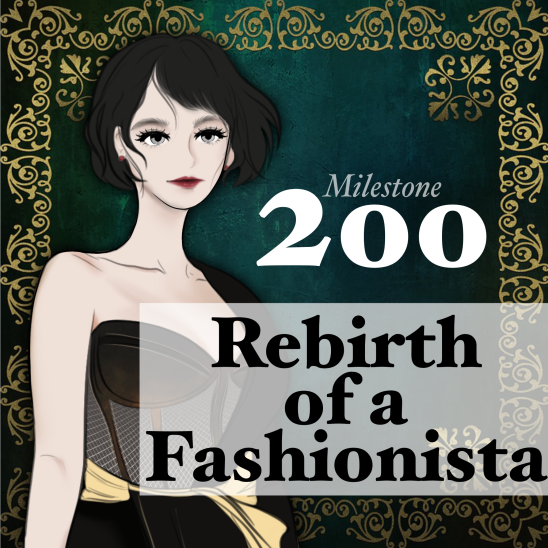 I like to read transmigration/xianxia/game elements novels with a mixture of comedy, fluff and adventure. I prefer stories where MCs goes from weak to strong with great character development like Overgeared but I don’t mind novels starting with OP MCs as long as the storyline is good. I also really like Doomed to be a Cannon Fodder, it has many comedic moments resulting from misunderstandings and there are also quite some fluffy moments.

Hmmm, someone who’s caring and sincere. Someone like Lu Tingxiao (who you can only find in novels) from Hidden Marriage XD.

I like baking and trying out new recipes when I have nothing to do.

Do I have other hidden talents? I also want to find out LOL...

English, Dutch, Chinese (Mandarin/Cantonese/Taishanese), Papiamento and a little bit of Spanish. I grew up watching Chinese dramas and that’s how I learned Mandarin. As for English, I learned that from school and playing MMORPG games (a lot of reading while doing quests and chatting with friends from around the world). A fun way to learn is to watch dramas/animes with subtitles. Over time, you will be able to catch a few words here and there; that’s already a great start! I learned quite a lot of Korean words and Japanese words by watching Korean dramas and animes with English subtitles. Still, the best way to learn is to follow courses if you are really interested. Or, you can just start with the plethora of online materials. Google is your best friend XD.

I would like to date... I really don't know! At first, I was going to say somebody with a really really really pretty face, but then if that's so, won't I feel bad standing next to them? I've never liked another person romantically, I can't answer this question ;-;. Just gimme a cutie that can take care of me hehe.

Apart from translating, I like playing games. I'm a huge league addict right now, it's so tilting but ughhhh I can't stop. I also like doing charity, as weird as that sounds? It makes me feel good. I had this dream when I was a little kid to be the nicest person in the world LOL. I don't think that'll happen but I can try?

I... omg other translators all know so many languages. Like 50% of the translating community's trilingual. Meanwhile, I can literally only type/read Chinese, can't even speak, tsk tsk. I can't get the tones right, feels bad. I know some French from mandatory 6 years of learning in Canada? But when I tried using it to order something at Starbucks in Quebec, the waitress stared at me like I was crazy and asked, "What??". So. HAHA. I learned Chinese from scratch though, and for that I gotta say, Skritter is godly. Like absolute magic for memorizing characters. Apart from that, I mostly learned through translating. 4 years of staring at Chinese characters kinda makes you memorize them after a while ahaha. If anyone's learning Chinese and wanna brute force learn it like I did, they can apply to my site at isotls.com. We accept newbie translators and can provide feedback if you aren't confident in jumping in alone XD.

I like novels with a strong female protagonist, one that doesn't need a Prince Charming to swoop in to save her in every situation. I can't stand it when female leads easily fall for schemes by other women whom she know are trying to steal the male lead from her😅 Feels like my IQ has been thrown out of the window when I come across those. Recently l've been reading Fields of Gold, Tomb Raider King and Otherworldly Merchant. TRK and OM are new novel genres that I'm trying out and I'm hooked.

I have a thing for overbearing CEOs but I think I might not really want to date them in reality hahaha. Shen Zhining sounds like someone I would date though🤔 I like OP MCs with just that right amount of character flaw in them.

I can do embroidery and amigurumis 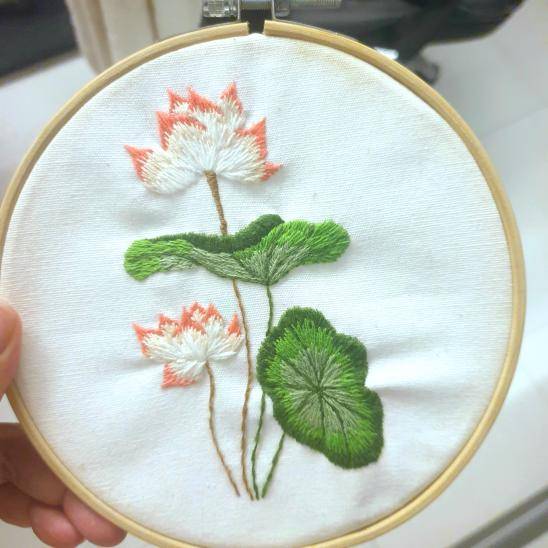 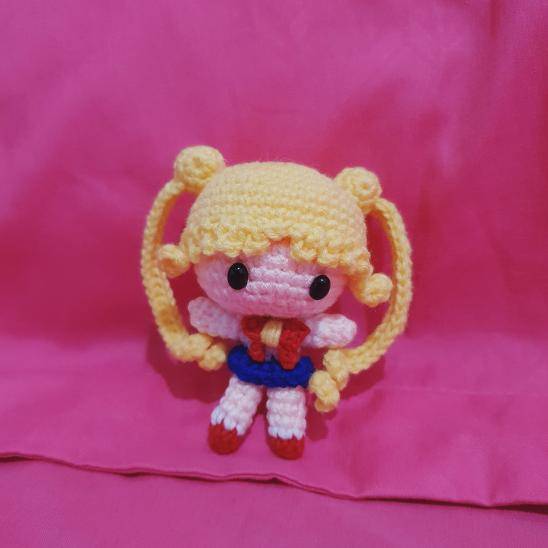 I channeled the "Young Miss of a Noble Family" in me. How does it look? Is it sufficient to marry an emperor/overbearing ceo?😂 i also like to bake when I have the time.

Other than English and Chinese, I know Cantonese, Korean and read just a little bit of Japanese. Some tips would be to watch more dramas! I picked up Cantonese when I was young all by myself just by watching tvb dramas. And try to make friends who speak those languages so that you get to use them. I always pester J. Andie with my broken Korean so that I can practice😂

I seldom read novels (My attention span can never last long to finish a book), the earliest I could remember was going into libraries and borrowing Chinese romance novels with pretty looking book covers when I was in secondary/middle school. But now that I’m starting to read again, I prefer action ones, particularly those with a game/fantasy background to them, like Tomb Raider King or Solo Levelling.

Umm… I… would like to date someone charismatic with a sense of humour, and would care for me. It would be best if he’s better at cooking than I am :heart_eyes:

I don’t have many special talents, my translations… I’m still working on them honestly;; But I like playing mobile games (mainly MMORPG) and binge watching TV shows during my free time. I’m dying to try PUBG on steam but I don’t have a windows system to play on, I can only satisfy myself with the mobile version, sadly enough.

English, Chinese (Mandarin/Hokkien), Korean. I tried self-learning Japanese as well, but I’m always stuck at the alphabets/syllables, they don’t ever stick to me, so I don’t progress much (Is there a hack to get them stick to me?). I self-learnt Korean through dramas, and took lessons after to help with practicing in all aspects, since I don’t have many Korean friends back then. I do watch a lot of TV shows and listen to songs though, it helps a lot for me.

Is it just me? Or our translators are superrrr duper talented? :P Hope you guys enjoyed the interviews! We have more to come! To keep things interesting, I shall ask other questions next time! ;)

Let us know what you think! If you haven’t already done so, do check out GOD OF ILLUSIONS AND REBIRTH OF A FASHIONISTA!