Interviewing Jimmi, the translator of ROTH, and the BPC team!

We are back with another interview! This time, I have interviewed our awesome Jimmi and our brainy BPC team!! Without further ado, here are the questions:

2. What quote has always stuck with you?

3. If you could be any character in a novel, what type of role would you want?

4. If time wasn’t an issue and you had forever to master a skill, what skill would you master? 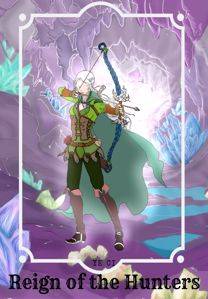 For Ye Ci, the happiest thing in the world for her was a chance to right all her past wrongs.

She walked down a dark path, abandoning all for the sake of an empty glory in a game, leading to her own demise. Suddenly Ye Ci reincarnates back into a time when she still had her parents' love. For the sake of her family and a new beginning, she began her life as a professional gamer. She's no longer a Human Sorceress, she plays as an Elven Huntress. Read ROTH here!

Featuring Jimminx, the translator of ROTH

1. What do I like the most about ROTH? Hmmmm....... Probably the fact that it balances things going on IRL with things going on in-game very well. The author doesn't just tunnel vision on either one of them and you can see how a decision made in game can affect things IRL and vice versa.

2. A quote... I have one! "狗咬你难道你要咬回去?" or "why would you bite back at a dog that has bitten you?". Fucking inspiring. Something that I try to live by.

3. I'd want to be one of those characters who does not stand out much like an MC, but still get shit done in the background. I hate getting too much attention.

4. Language. The skill to master any language real fast. I'd want a skill like that. 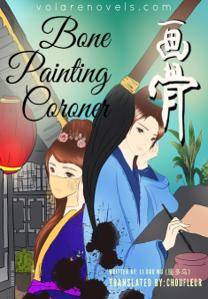 Ji Yunshu was an outstanding anthropologist who was transmigrated into the body of a mistreated young girl. To survive in her new circumstances, she could only rely on her wits and the knowledge she had accumulated in her other life.

We follow Ji Yunshu as she solves mysteries that baffle experienced officials, navigating complex politics and interpersonal relationships that she encounters as she travels with Prince Rong. How will their story end? Read BPC here!

1. I love that Ji Yunshu uses (pseudo-)scientific (ok, they at least have their own consistent logic) methods to solve cases, and that the romance is present but it’s not always front and center. This makes the occasional romantic scene even more precious and sweet. I also rather like the format of this long, underlying mystery that slowly unfolds, couples with shorter episodic cases that resolve quickly. Both instant AND delayed gratification!

2. The ‘litany against fear’ from Dune. It’s been made into an awesome comic by ZenPencils too.

"I will not fear.

Fear is the mind-killer.

I will face my fear.

I will let it pass through me.

When the fear has gone,

there shall be nothing.

Only I will remain."

3. I would like to be a Mo Ruo healer-type character. Always near the action and often forgotten until needed, sometimes OP with magical healing powers, but rarely directly in the cross-fire.

4. I’m going to cheat and say languages of all sorts, including the language of music and dance. The role of language is to convey information, and those two manage to do that without any words. I’ve never been good at either though. Even languages with words like English and Chinese still give me lots of trouble, especially Chinese internet slang. Sighs.

1. I like how I can kind of revise my anatomy + learn terms in Mandarin. Unfortunately there are medical misconceptions in the novel as well so I translate sometimes with one eye closed. (anything for plot progression/drama)

2. No particular (BPC) quote, but any situation with Ji Yunshu roasting someone else is great.  For a generic quote, the one I have is ‘the end of all exploring will be to arrive at where we started’.

3. Depends on the time/world setup but would love to experience a different profession if possible.

4. (going to cheat) but the ability to keep learning and mastering new things - if this doesn’t count then my next best choice would be either ambidexterity or languages, both of which would be super useful.

1) I am a fan of mysteries, be it tales of the supernatural or stories grounded in fiction. It’s always fun to be an armchair detective and attempt to solve the crime devised by the author before the main characters could. Or maybe it’s just me? Also, I just like it when the evil dudes get their well-deserved just desserts, where the punishment is neither too lenient nor too excessive. It’s just soooo satisfying.

I have a personal interest in the field of forensic science in real life so I will always read novels related to investigative crime to see if there are any new forensic knowledge that could be gained from them. They may not be applicable in my career IRL but hey, everyone got their own hobbies, right?

Ever did something where you thought you were helping but others just couldn’t see that and you were made out to be the bad guy? Most of us would have had that kind of experience in our early teens and would be bummed out because we let the negative things get into our head while shutting out all the positivity that we may have created in the process. Negativity is like sticky poison that clings and eats into you, eroding your personality and blinds you from the good things that you may have done. Recognize your mistakes and do some introspective self-reflection. If you did do something wrong, admit it, move past it and don’t repeat it. Have a clear conscience and live a life of self-improvement without harming others.

3) It really depends on the genre of the novel, in my opinion.

If it’s a novel with no fantastical elements, I’d like to have a role of a neutral skilled informant with dealings on both sides of the law. Anyone that tries to cross me will be socially erased.

If it’s an apocalyptic novel, then I’d be someone who would be raising the main character and other children in a secure, safe haven.

Should it be a novel steeped in cultivators and the supernatural, then having the role of a watcher overseeing the growth of young upstarts is my desired role.

In short, I want to have the front row seat of all the action, but I do not want to be the main character. We have to give the supporting characters some love!

4) I would like to master housekeeping. Housekeeping is a very broad skill that is widely applicable in the management of the household’s nutrition, finances, cleanliness, education and communication skills. Having gained proficiency in finance management, culinary skills and cleaning techniques, it is completely possible to establish home-based businesses such as baked goods or handicrafts that can be delivered to the customer’s doorsteps sent by food delivery services. The money earned can then be reinvested into factors that can improve food quality or quantity and a reputation will be built up. After accumulating a certain amount, I’ll then use my financial management skills to venture into stock investments that were analysed during my free time. By building a good rapport with my neighbours, it is possible to be hired as a home tutor, babysitter or private housekeeper for nuclear families with working parents, thereby earning myself other avenues for income. Having earned more money, I will then proceed to purchase a private apartment and rent that out to gain access to another revenue source…Oh, but I digress, I would like to master housekeeping as a skill.

1. I think what I like the most about BPC is when the FL starts pursuing the ML later in the story.

3. If I could be any character in the novel, I would be Shi Ziran, Prince Rong’s sidekick who excels in martial arts. He is mysterious, strong, and doesn’t stand in the limelight.

4. If referring to real skills, I would master the skill of multitasking. But I’m not sure if that counts.

1. What I like most is how the author portrayed Ji Yunshu. She is beautiful, intelligent, loving and caring, and most all all, good at painting and case solving. I appreciate her efforts in seeking for truth and justice. Also, it is interesting to see her love-hate relationship with Jing Rong, though I'm a bit annoyed that she was too intimate with Wei Yi, the male supporting role.

2. My brain is like a bag with a hole. Things come and go. So I don’t have much memory about quotes, but I do remember that Wei Yi often made interesting remarks.

3. I would want a male character who possessed great power in ancient times. One, I don’t know what it feels like to be a man. Two, I want to experience a life of power. Three, I expect a romantic encounter with a perfect lady. Anyway, imagination is a good way to escape from reality.

4. I would choose drawing, which I’m terrible at in real life. I think it’s pretty cool to reproduce everything in the drawings, and drawing also helps record the history of a society.

1. The topic, and the setting is ancient. I prefer novels in ancient times.

3. Recently I worked on the story related to Wen Xian. I think Wen Xian is interesting.

4. I would want to master playing a musical instrument. It is very time consuming. I am learning the ocarina now.

1. I like the suspense of the novel, and the anticipation for every case to be solved in the following chapters.

2. In a world where you can be anything, be kind.

3. I'd like to be a psychologist who can travel into everyone's mind and cure all the psychiatric patients.

4. I would love to master as many languages as I can.

1. I like BPC because of the strong female main character, Ji Yunshu. Her characterization is consistent, unlike some novels where they proclaim to be assassins but completely fail Assassin Lesson 101. She keeps her cool all the time too and is pretty badass.

2. Hmm, this quote from Avatar: The Legend of Korra: "When one is at their lowest point, they are open to the greatest change." It shows the importance of opening up to others so we can become better people in life.

3. I would be a side supporting character so I do not get dragged into massive plot conspiracies. I just want to live a normal life, okay... Who wants to be the main character with all the responsibilities and trauma lmao

4. Uhh, hmm. This is tough. Probably cooking or martial arts. They will keep me healthy!

Hope you guys enjoyed the interviews and got to know our translators better!! Rozen wrote such an essay! HAHAHA. Don't forget to check the novels out if you haven't already done so! BPC will be hitting its 600th chapter this week!